Home Countries India McCullum to use IPL to up verbal game

McCullum to use IPL to up verbal game 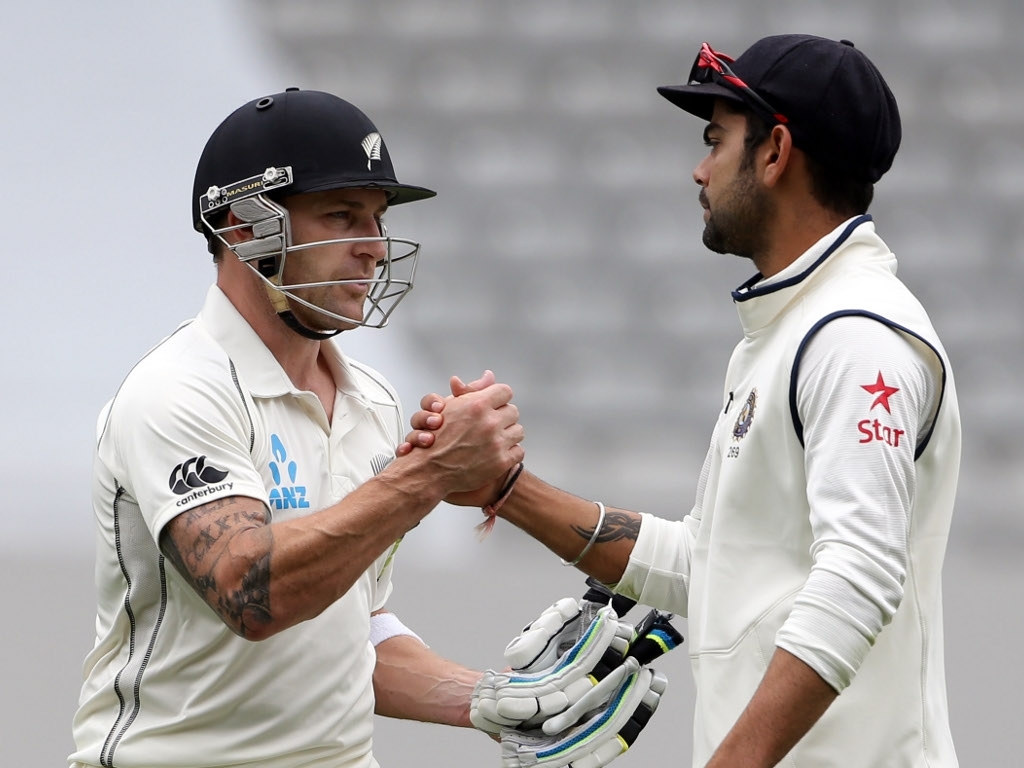 New Zealand captain Brendon McCullum has revealed that he will be speaking to various aggressive players, like Virat Kohli, during the Indian Premier League in an attempt to become better at sledging and send-offs.

The Black Caps skipper said on Wednesday that he'll look to the likes of Kohli and Ravindra Jadeja, the latter a team-mate at Chennai Super Kings, to up his verbal game, after being labelled 'too nice' by Australia players.

Brad Haddin was quoted in a radio interview, conducted while he was a bit tipsy, saying that the Black Caps were far too nice for their own good, and that being aggressive against them was the best way to beat them. This proved true in the World Cup final.

McCullum said before his departure to the IPL, which starts on 8 April: "I really took Hadds' words to heart, you know? I was far too focused on the Spirit of Cricket, and on being 'gracious' and 'respectful' (using air quotes). But that's over now.

"I'll be having a world with Virat when I see him, he's had the perfect summer Down Under in terms of his aggression game, it's been spot on. He had more than three umpire interventions, which is a new record, I think.

"I'm just upset Wahab Riaz is not allowed to play in the IPL, he'd be brilliant to chat to. That spell, and the laugh-clapping, against the Aussies was some inspiring stuff. I'm not sure our lads are capable of that…"

Aside from Jadeja, Chennai also have South Africa batsman Faf du Plessis for McCullum to learn from, as the subtle art of fiddling with the ball is not something the Kiwi skipper has mastered yet. But the IPL really does improve players in all areas.