McCullum: We stayed true to our game 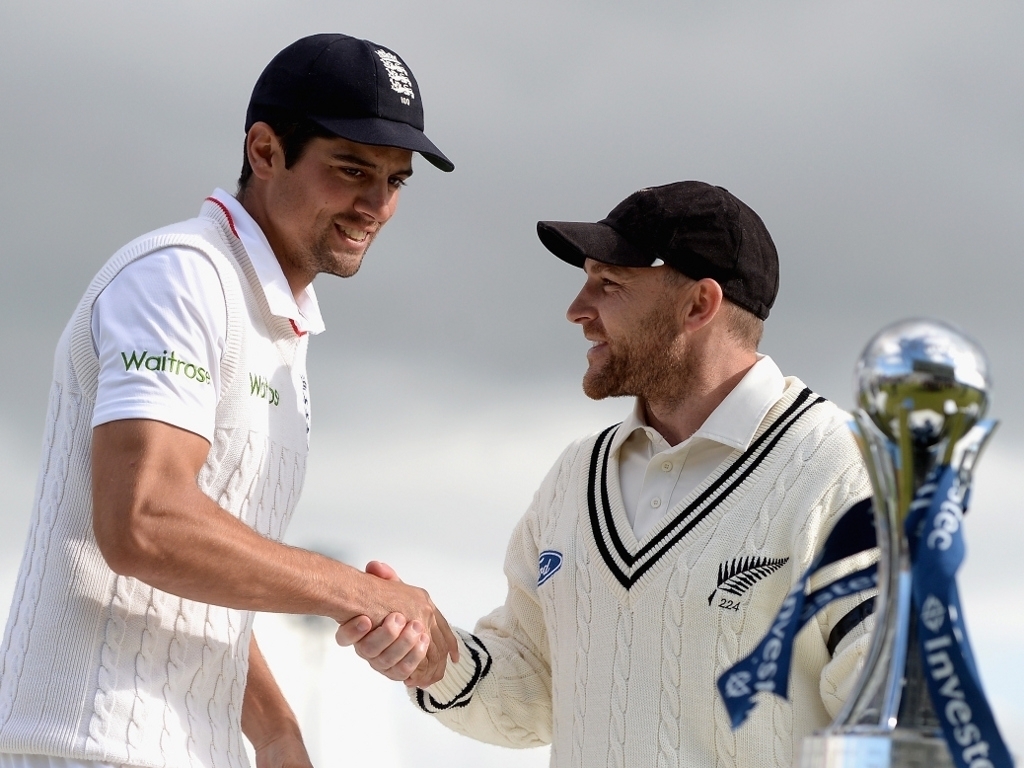 New Zealand captain Brendon McCullum was delighted with his side's win over England in Leeds this week, saying he was glad to see his players stick to their game plan despite being one-nil down after Lord's.

McCullum has been touting his aggressive game strategy all tour, and said they had no intention of changing that at Headingley, and he was pleased with how well it worked on their way to a 199-run win.

McCullum said: "I'm really proud of this win, sometimes it's not easy when you lose the first Test match when you think you've played all right, to have that resolve to bounce back and stay true to your game.

"That's what we did and we were able to beat what we think is a very, very good England team in their own conditions."

Speaking of conditions, the wind was pumping in Leeds all of day five, and McCullum said it made bowling that much tougher: "I'm not sure anyone can cope with those conditions; it asked different questions of you.

"Sometimes the wind can assist you – the spinners can get a bit of drift – but we just got on with it. We said when we arrived here that it was not going to be the most pleasing of conditions we were going to be confronted with and we had a task to achieve."

He also commented on how the series was played with fairness and a lack of bad blood, adding: "England are a very good team and to beat them in their conditions is no easy feat.

"Credit to Alastair and his team – I thought the series was played in tremendous spirit, 1-1 is a fair result and it is just a shame we haven't got another one or two."