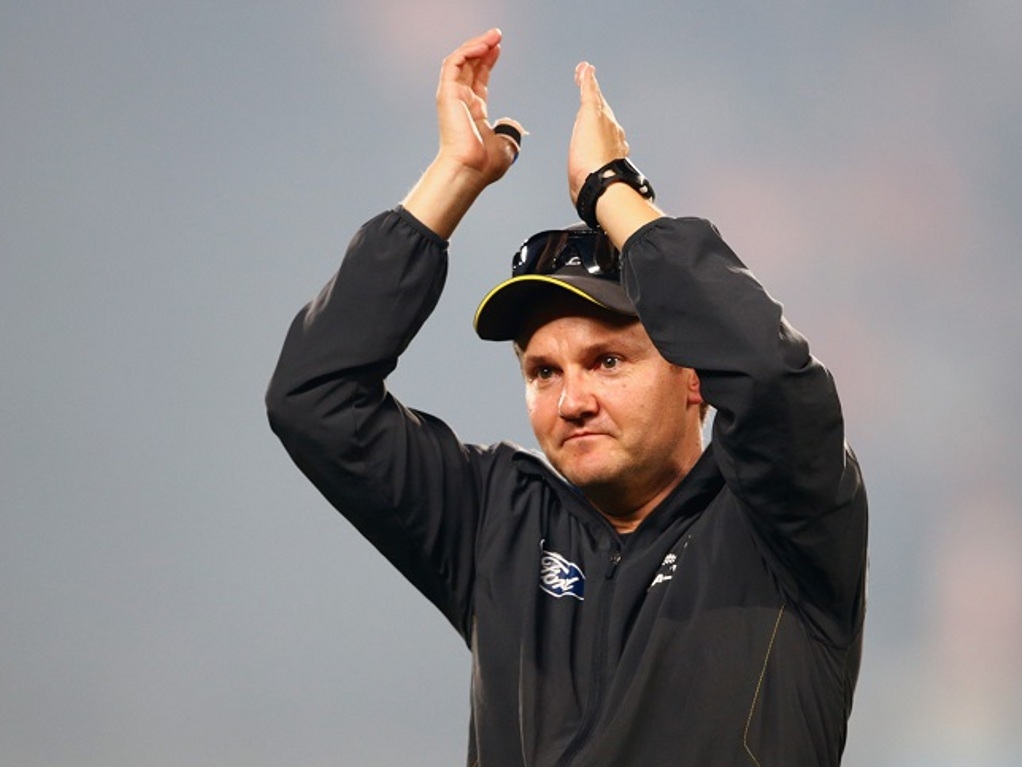 New Zealand coach Mike Hesson says that skipper Brendon McCullum's record on paper would look much more impressive if he'd not been shuffled up and down the order, and filling various roles, for much of his career.

While the retiring McCullum is considered a revolutionary captain, widely credited with his team's recent success, not many would call him a 'great' with the bat, as he averages just 38 in Tests.

But Hesson feels that McCullum has come into his own in the past two years, as captain and with the wicketkeeping gloves removed, and that his mindset and attitude have been his most important assets.

Hesson said on Cricinfo: "As a batsman, when you stop keeping and you bat higher up, you need to contribute in different ways. And he's certainly found a tempo during a two-year period there where he was able to really maximise his skill.

"Prior to that he was shuffled around and asked to do many different jobs that he perhaps wasn't best equipped to deal with.

"He's taken on every role the team has required. Whether that's keeper-bat or whether that's opening the batting, which in Test cricket I don't think has ever really suited his game.

"I think where he is now is right for the way he plays and he can still dictate a game batting at five. His record in Test cricket is outstanding. For a keeper-batsman it's world class. For a No. 5 his average is world class. The stuff in between, maybe not so much.

"I think whenever you have someone who puts themself out there and is not consumed by losing, a lot of people almost treat that as a threat and he can become an easy target.

"Throughout his career he has been a target of many because he's capable of brilliance, and with that you do get dismissals that at the time look carefree, but I can assure you they're not carefree.

"When he came in and he was a keeper-bat he would stand out because he could turn a game quickly. There were times when he'd get out and people would think that was reckless, but he was always trying to win the game and was playing the way he felt gave him the best opportunity.

"And I think over the past few years he's actually changed a number of the other players in the group as well to think in a similar fashion, not a matter of playing like Brendon but actually starting to think that 'Hey, we can not only compete with these guys, we can actually beat them.'

"So, rather than look at a puzzle and ask, 'How can we not lose this?' we're actually turning it 180 degrees around and asking, 'How can we actually win this game?' And that is a major mind shift."

The current Test in Christchurch is McCullum's final international game. He scored a record-breaking century, off 54 balls, in the first innings.