Milne ruled out of next ODI against Sri Lanka 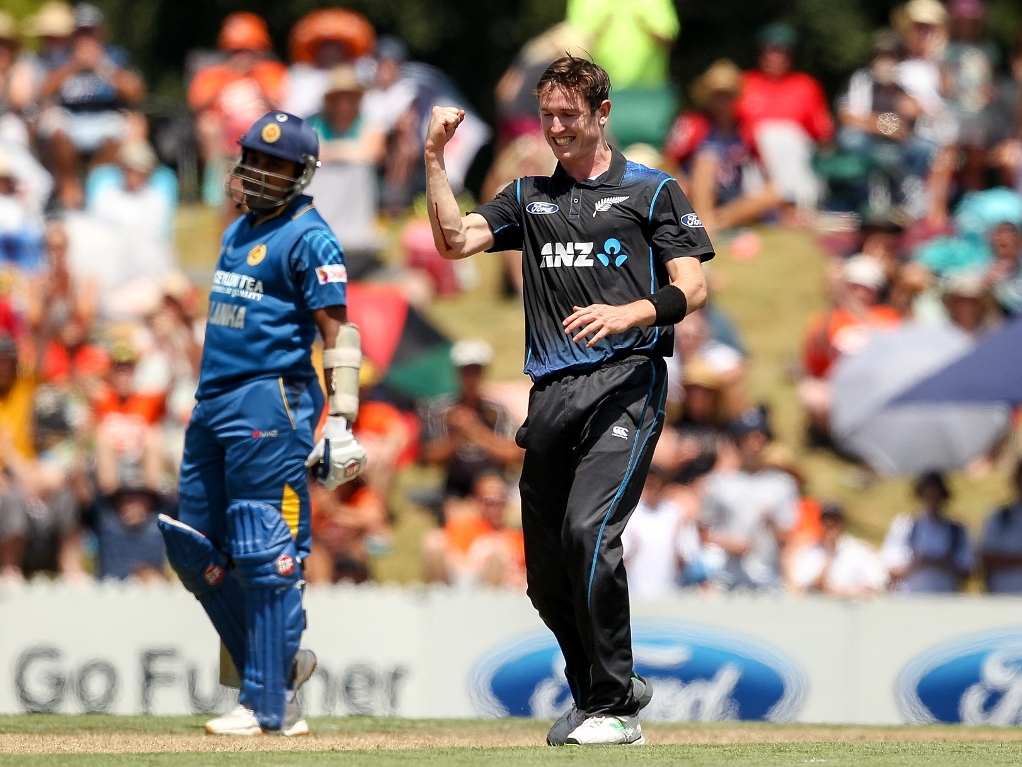 New Zealand fast bowler Adam Milne has been ruled of the next ODI against Sri Lanka, which takes place in Dunedin on Friday, with a side strain.

Milne picked up the injury after bowling seven impressive overs in the previous ODI against the Sri Lankans, picking up the key wickets of Kumar Sangakkara and Angelo Mathews.

Black Caps coach Mike Hesson said the injury is not to serious but, with the World Cup coming up, they are erring on the side of caution.

New Zealand currently lead their visitors in the seven-match ODI series two games to one with three matches remaining.

Hesson said: "He won't play this game but he's scrubbed up pretty well, it's nothing major but we are being quite cautious. "It's one of those things when you are trying to bowl 150; you get a twinge and it's just not worth pushing through.

"It's one of those things when you are trying to bowl 150; you get a twinge and it's just not worth pushing through."

Kyle Mills, another fast bowler that is returning from injury, will play in one of the next two ODI's in the series.

Coach Hesson confirmed: "He's an option for tomorrow – he'll play one of the two, we haven't decided yet."