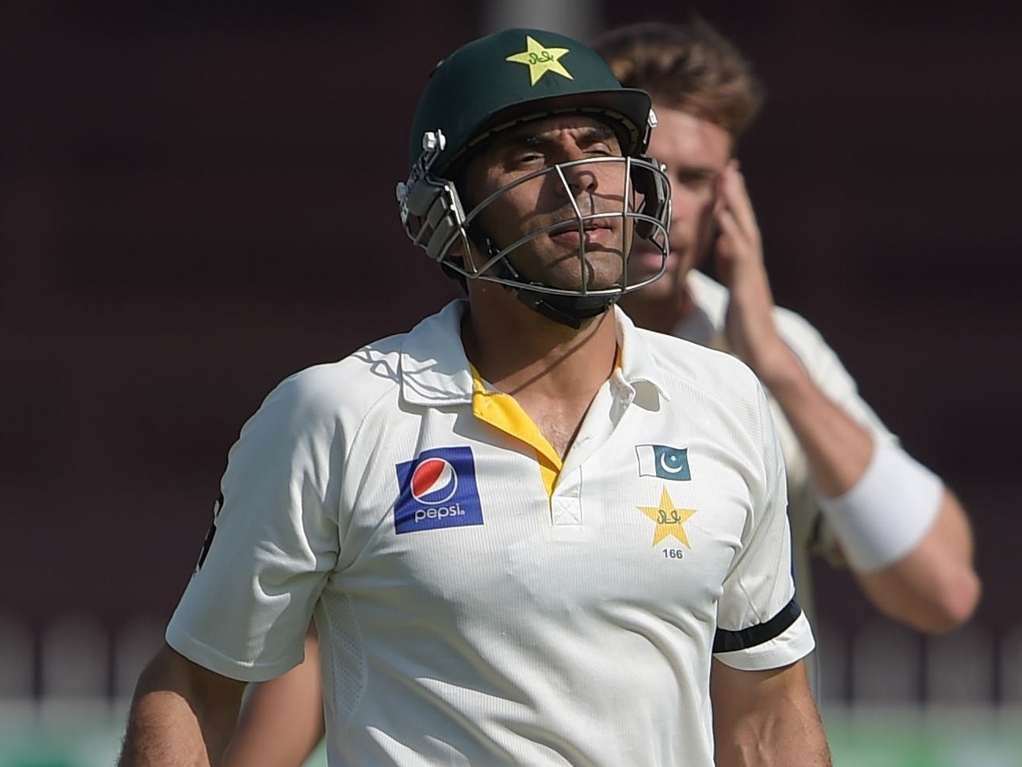 Pakistan captain Misbah-ul-Haq has conceded that his side's batsmen were out of focus during the third Test against New Zealand in Sharjah, and that the delay in the match following Phillip Hughes' death affected everyone.

Day two of the game was suspended until the next day in the wake of Hughes' passing in Australia, with the Test nearly called off completely. Pakistan came out to bat on what would have been day three, and went from 281/3 to 351 all out.

New Zealand went on to win the game on day four, by an innings and 80 runs, as their batsmen played with an almost reckless aggression and their bowlers dominated the hosts to level the series.

Misbah said: "We started the first day well, but after what happened on the second it was really difficult to concentrate. It was very difficult for the batsmen to carry on when we came out on the third day. It created difficulties for us.

"The way we played the last few Tests, it was awesome. But in this Test, we had one bad day and we were totally out of it.

"Credit to New Zealand on the way they came back after the first Test and outplayed us in this Test. The way they batted in the first innings, they took the game away from us.

"You lose a bit of focus and concentration, and once the momentum goes to the other team, it's difficult to find a way back."

New Zealand spinner Mark Craig, who took seven wickets following the delay in the game, said he hardly registered that he took a career-best haul, and the players were purely focused on getting through the game.

He said: "Didn't really think, to be honest. It was hard playing and we boys tried to stick together. Just not thinking about bowling and letting the ball go was a big help."