Home Countries England Morgan: Best series I have ever played in

Morgan: Best series I have ever played in 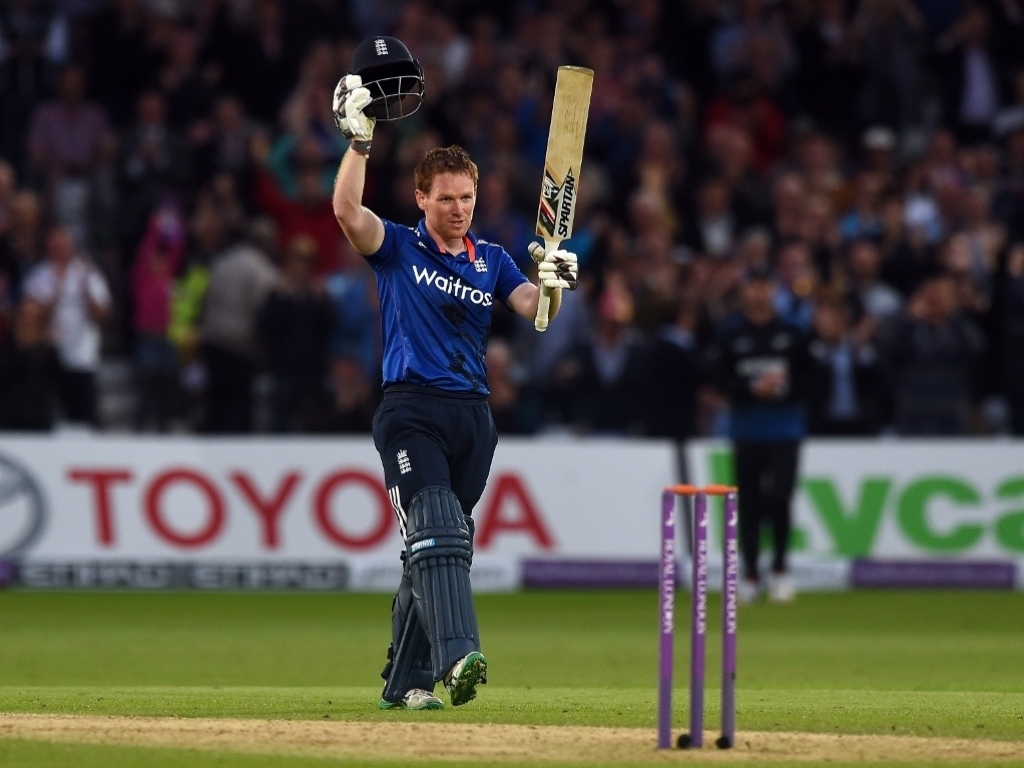 England ODI captain Eoin Morgan has hailed his team's ODI series against New Zealand as the best that he has been involved in after the Three Lions took the trophy in dramatic fashion on Saturday in Durham.

After the Black Caps posted a score of 283 for nine, rain delayed the start of the England chase by more than three hours.

When the players returned the revised target was 192 to win from 26 overs, and England got off to a disastrous start slipping to 45 for five within nine overs.

However the recovery was led by Sam Billings and then Jonny Bairstow as the home team won by three wickets with more than an over to spare.

The series was very exciting as runs galore was on show as both teams showed a willingness to go after the bowling. A number of records were also broken during the five matches.

England scored 400 for the first time in an ODI, they also chased down a 350, which is their highest successful run-chase, while more than 3100 runs were scored by both teams, also a record in a five-match series.

Morgan reflected afterwards: "Winning this series is a huge bonus. We are trying to change the way we have gone about things, particularly with the bat, and we have delivered throughout this series in every game.

"I am incredibly proud of the team. Amazing memories. Certainly the best series I have ever played in.

"Against a very, very good New Zealand side, we have gone toe-to-toe with them right until the second last over of the series."