MSD leads Help for Heroes side to the win 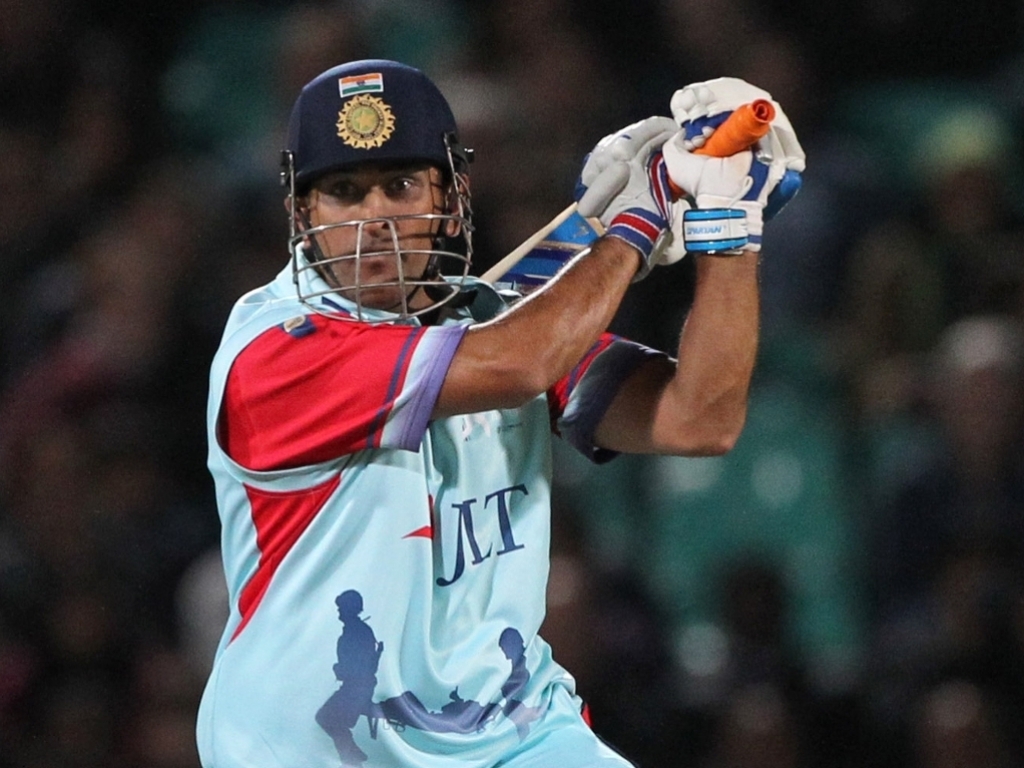 India ODI captain Mahendra Singh Dhoni played a swashbuckling innings on Thursday to see the Help For Heroes XI beat the Rest of the World XI by four wickets at The Oval, as a hefty sum was raised for charity.

The match, in aid of military charity Help for Heroes. saw 650,000 pounds raised, and the packed crowd was treated to some nifty cricket from the likes of Dhoni, Mahela Jayawardene, Daniel Vettori and Andrew Strauss.

The Rest of the World XI batted first and recorded 158 for six, with Jayawardene top-scoring with 48, while Matthew Hayden made 34. Help for Heroes XI then reached the target with three balls to spare, MSD hitting the winning runs.

Huge names like Brian Lara, playing for the Rest of the World, also took part, though the West Indies legend was thwarted for 15 by Azhar Mahmood, who bagged three wickets. Former South Africa skipper Graeme Smith found his middle stump removed by Darren Gough for eight.

It was a night for the fans though, with one generous viewer donating 1000 quid for every boundary Strauss struck. The former England skipper obliged, hitting four shots to reach the ropes.

Former England spinner Graeme Swann, who took Hayden's wicket for the H4H side, said of the evening: "I loved it.

"Having been out of the game for a couple of years, you miss the dressing room, the crowd, the thrill of competing. So to come here for such a magnificent cause, raising so much money, the whole thing was brilliant.

"The competitive edge was still there, and that was good – it made it a much better spectacle than an exhibition game where no-one really cared about who won or lost.

"We wanted to win that game and we did, which was very pleasing."