Mushfiqur out of ODI series 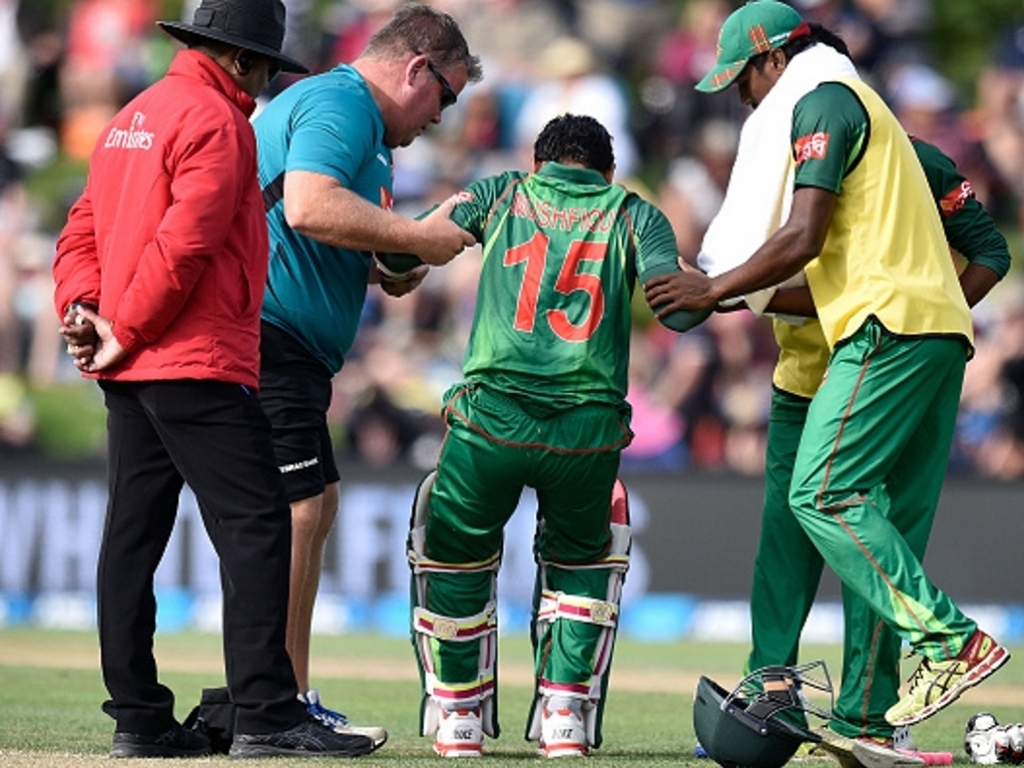 Wicketkeeper batsman Mushfiqur Rahim has been ruled out of the remainder of the ODI series against New Zealand with a hamstring injury sustained in the first game.

Mushfiqur retired hurt while batting during the contest at the Hagley Oval in Christchurch on Boxing Day after injuring his hamstring while diving to make his ground.

Uncapped wicketkeeper Nurul Hasan will replace Mushfiqur for the second ODI in Nelson.

While he hasn’t played any ODIs for Bangladesh Hasan has featured in six T20Is since making his debut in January this year.

Bangladesh coach Chandika Hathurusingha is hopeful he will recover in time to face New Zealand in the two Test matches in January.

ESPN Cricninfo quoted Hathurusingha as saying: “At this stage Mushfiq is out for two weeks.

“But he is recovering well. I saw him in the pool today. You know Mushfiq, he is very driven and thorough in his preparation. I am sure he will do the same thing with his injury. He will be ready sooner than we think.

“If Mushfiqur was here, we would have had more options in selection. [Hasan] is coming in, and he is capable as anyone with the bat. He hasn’t played much international cricket but we are confident he can do a job.”

Hasan will become the 12th wicketkeeper to debut for Bangaldesh in ODIs when the Tigers meet the Black Caps in the second ODI in Nelson on Thursday.