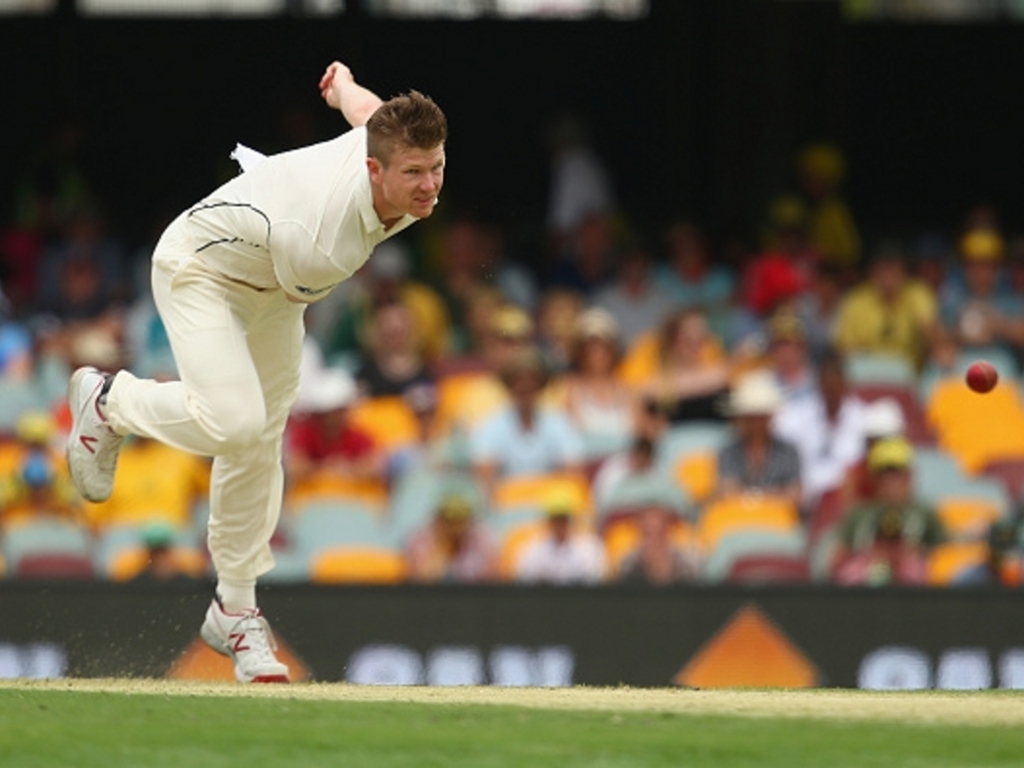 Jimmy Neesham has been named in the New Zealand Test squad for the upcoming tour of India, having last featured in the Test series against Australia in November.

The 25-year-old Neesham, who has played nine Tests for the Black Caps, returned home from that series in Australia after suffering back pain while bowling.

He has since appeared in the home summer for the Otago Volts and recently ended a stint with Derbyshire in the English domestic summer.

The 15-man squad has three changes from the side which recently toured Africa, with Matt Henry and Jeet Raval dropping out and Neesham the one addition.

The team will play a three-day warm up in New Delhi ahead of Tests in Kanpur, Kolkata and Indore.

Black Caps Selector Gavin Larsen said Neesham’s all-round ability was key to his inclusion: “Jimmy has put in a lot of work to make sure he is physically ready for a return to Test cricket.

“Having two pace bowling allrounders in Jimmy and Doug Bracewell helps the balance of the squad, particularly if playing on pitches which demand a spin-heavy bowling attack.

“Jeet Raval misses out on this tour, but we were really pleased with what we saw of him in Africa. He did everything asked of him and we’ll continue to monitor him closely.”

Larsen said it was important that the side was well equipped for the spin friendly conditions expected and acknowledged a significant challenge awaited them.

The selector continued: “Mitch Santner and Ish Sodhi will have benefitted from getting a taste of Indian conditions earlier this year at the ICC World Twenty20 and both showed excellent form at that tournament.

“It’s another big challenge for them early in their young careers, as well as for Mark Craig, who has made some changes in the past six months and has shown growth in his game.

“India’s the No.2 ranked side in the world, and their record at home is formidable.

“We’re yet to win a Test series over there and that’s motivating for everyone. We’ve got three Tests to try create a special piece of history.”

Corey Anderson was not considered for the squad, as he continues his recovery from a back injury.

The team departs for India on Sunday 11 September.