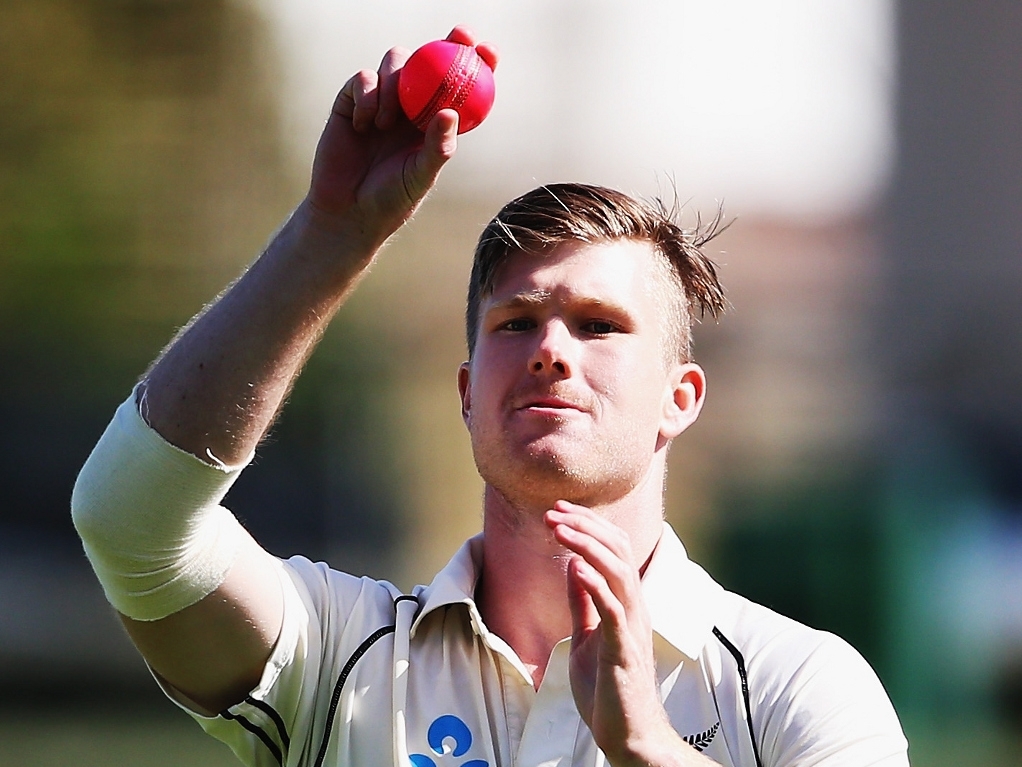 Anyone who follows New Zealand all-rounder James Neesham on social media will know his bubbly, funny, and positive personality, but he says he struggled to stay that way when he spend six months injured.

Neesham was ruled out of action in January with a lower back stress fracture, as well as the accompanying hamstring niggles, and he says he had to work hard to stay on his rehabilitation programme, watching as the Black Caps did so well without him.

He returned to action in July, and then toured Zimbabwe and South Africa in August and did fairly well with bat and ball. He's in Hamilton now, training hard with the pink ball ahead of the Australia series next month.

Before this injury though, he's had a great start to his international career, which made being sidelined much tougher as he'd been doing so well. He even looked into other career options.

Neesham told the New Zealand Herald: "I've been really lucky with injury and I guess you start to feel a bit invincible when you have a run like that. When you get an injury like this it sort of puts things in perspective.

"You start to imagine what you'd do if you could never return to the field again, and that's why I've made some strides to look at options outside of cricket during my lay-off.

"It's really difficult to explain to someone that hasn't been through it – the dark places you go to when you're rehabbing from a serious injury.

"It was quite useful to have guys like Matt Henry and Shane Bond to bounce things off, but in the end you have to walk that road yourself.

"You go through some dark times, especially the middle couple of months. For the first month you're really motivated to get back and pushing to do everything you can.

"In the middle couple of months you go through a lull where the enthusiasm has worn off from the start and you've still got a long way to go and you can't see the finish line.

"You have to stick to the rehab programme and try to stay sane, which is a challenge at times."

For all of this, Neesham says he never considered giving up bowling. While that would have saved his back, he felt he'd be able to do more for the side, and keep his own place, as an all-rounder.

"Historically allrounders don't tend to mature until their late 20s as far as fitness and form goes, so I never considered that, especially with the strength of middle order players we have coming through."