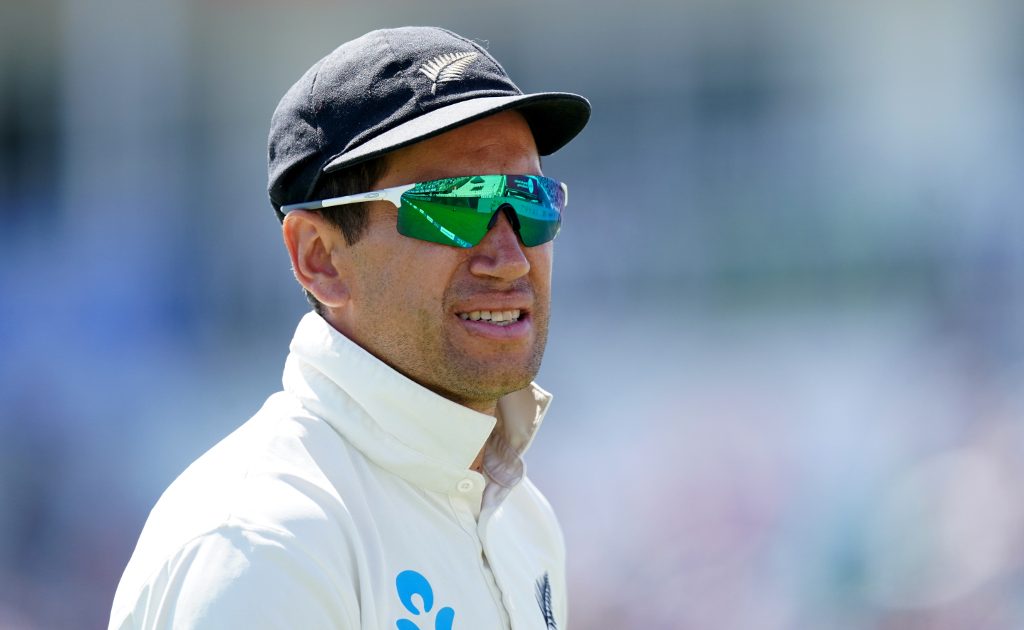 Retiring New Zealand batsman Ross Taylor ended his career with a rare feat after taking a wicket with the final ball of the Test match against Bangladesh on Tuesday.

Taylor had just taken two wickets in his previous 111 Tests but was thrown the ball in the 79th over with the visitors nine-down at the Hagley Oval.

With conditions getting gloomier by the minute, the 37-year-old enticed tailender Ebadot Hossain into a loose shot with the third ball of his over, and captain Tom Latham did the rest with an excellent catch.

Subsequently, New Zealand won by an innings and 117 runs to level the series at 1-1.

“I was wondering whether I had to come back and warm up tomorrow that was the main focus,” Taylor told Spark Sport after the match.

“Tim [Southee] kept telling me to chuck it up [when I bowled] and I chucked it up and Tom [Latham] said that was the most pressure he’s felt the whole game.

“It was an emotional game for me and my family and friends and the teammates as well. It was good to get the win.”

No option but to bowl Taylor

Taylor was given the ball after umpires Chris Gaffaney and Wayne Knights had told Latham he would not be allowed to bowl his quicks in the fading light.

But that ultimately proved to be a blessing in disguise as it set up the dream finale on a fine career.

“I haven’t felt that pressure from the crowd, but also the boys as well. The umpires played their part as well. It was actually very dark out there,” Latham said.

“They said we can’t bowl seamers and that led to my decision to bowl Ross and that’s the way it worked out. It couldn’t be scripted any better.”

The last time Taylor had bowled in a Test match was 2013 and only bowled 99 deliveries in his career.

He took two wickets against India in Ahmedabad in 2010.