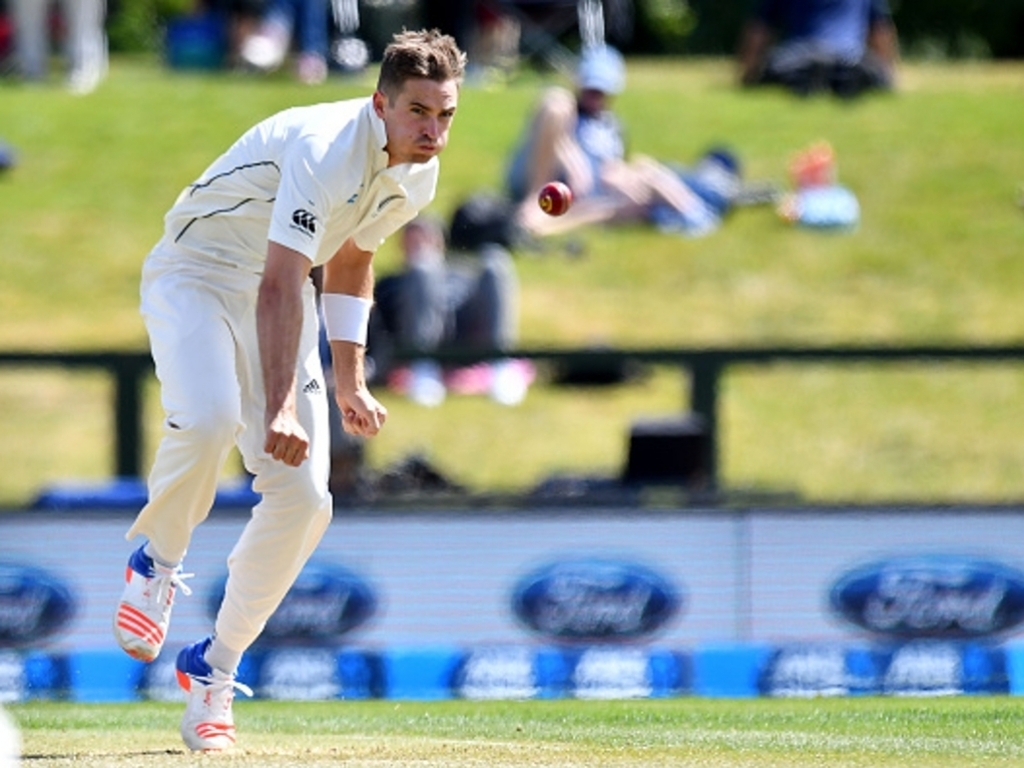 Seamer Tim Southee will miss New Zealand’s first home Test of the summer against the West Indies because his wife is expecting to give birth to their first child.

The first game of the two-match series starts in Wellington on Friday and it was confirmed that the 28-year-old Southee would miss the match and uncapped batsman George Worker was added to the squad.

Fast bowler Lockie Ferguson was also drafted into the squad on Tuesday to cover for Southee with Worker coming in as batting cover due to his outstanding domestic form this year.

The 28-year-old Worker, who has played four ODIs and two T20Is for the Black Caps, has struck 737 runs at an average of 49.13 in nine first-class matches for Central Districts this season.

New Zealand selector Gavin Larsen said: “Obviously there are things more important than cricket and we support Tim and his decision to stay with his family right now.

“George will join the Test squad for the first time on the back of his form in First Class cricket over the past couple of seasons.”

Wicketkeeper Tom Blundell is also set to make his debut in Test cricket after BJ Watling was ruled out of taking the gloves because of a hip injury.