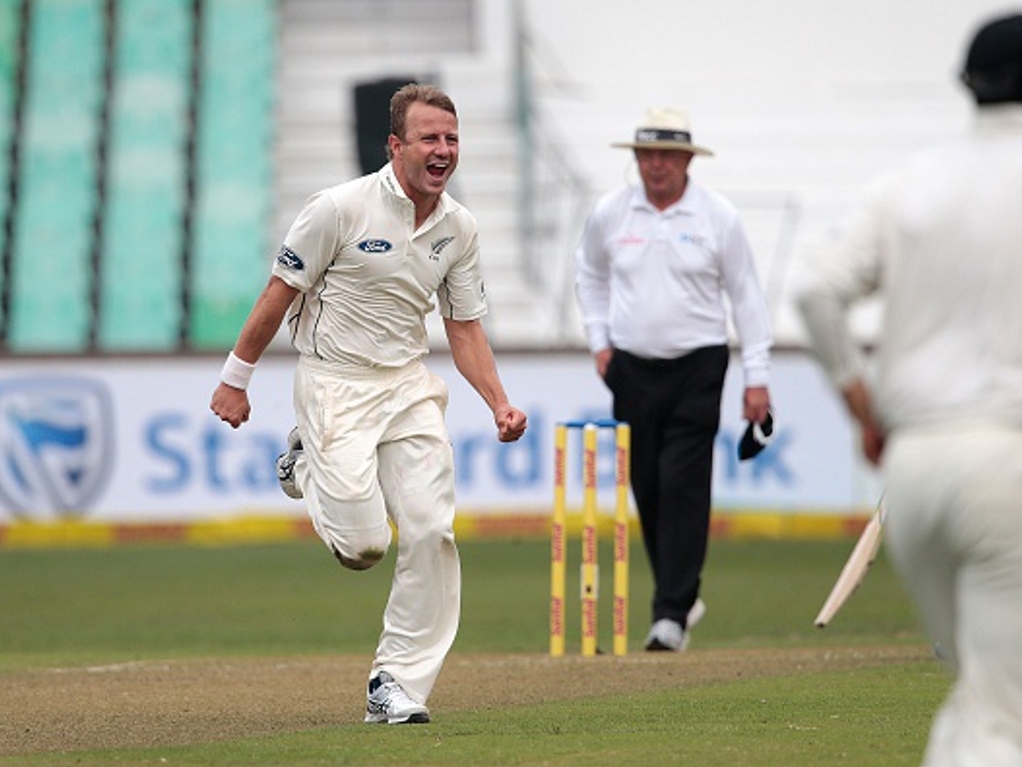 New Zealand fast bowler Neil Wagner says playing in front of his family and friends at SuperSport Park is an 'amazing feeling' even though he is playing against the country of his birth.

Wagner emigrated to New Zealand to search for cricket opportunities, having grown up with the likes of Faf du Plessis and AB de Villiers, and was thrilled to be playing Test cricket on what could be considered his home ground, as he's from Pretoria.

Wagner said of walking out to bowl at Centurion for the second Test against the Proteas: "It was a special moment for me.

"I had a lot of goosebumps when I walked out. It's the first time in my life that I had my whole family and a lot of the friends I grew up with sitting next to the field and watching a Test match.

"I remember sitting on that bank and watching Allan Donald and Shaun Pollock and those guys, growing up and falling in love with this game.

"Walking out there to represent the Black Caps in a Test match was an amazing feeling. I loved every moment of it."

The Afrikaans lad from Pretoria was also asked why he answered the Afrikaans media questions in English, and he said: "It's just respect for the place where I live now. It's an English-speaking country.