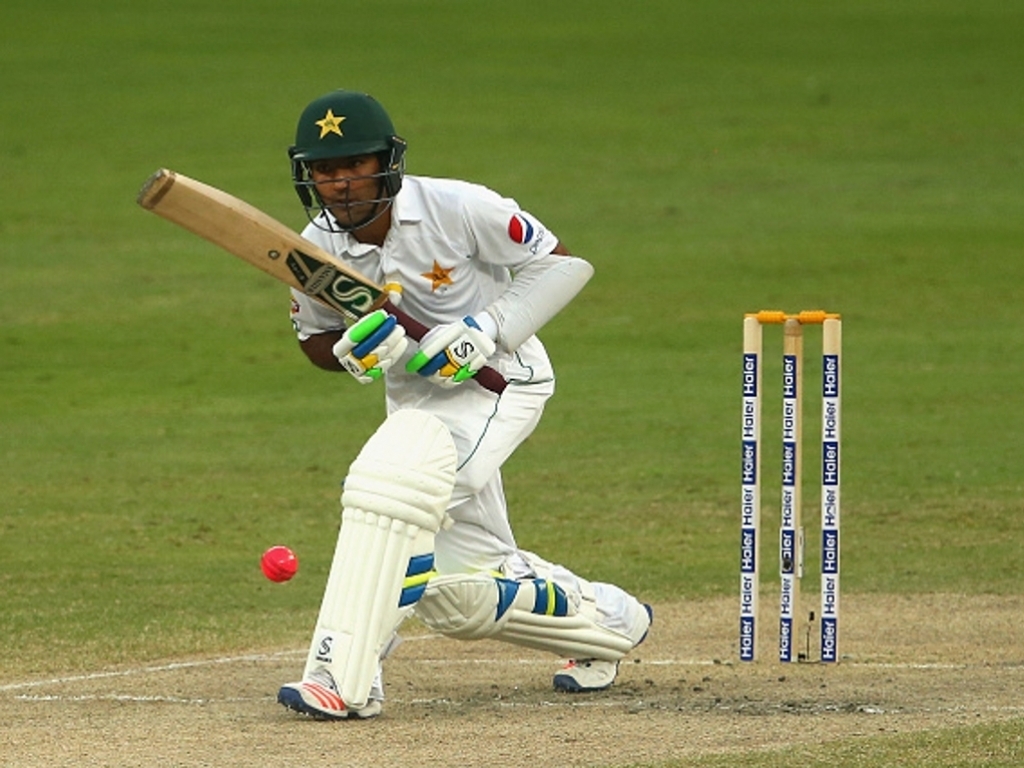 Pakistan batsman Asad Shafiq believes attack is the best form of defence at least when it comes to batting on green tops in New Zealand.

The tourists found conditions in Christchurch challenging and only managed 304 runs in their two innings on the Hagley Oval pitch.

Shafiq believes that the key to better results in Hamilton will be a positive approach to batting to put the bowlers under pressure.

Speaking ahead of the Test Shafiq said: “As batsmen we have to play positive and aggressive on this wicket.

“That was missing in the last match. We have to go for some runs, because on a wicket like this it’s very difficult to stop the ball all the time because this kind of wicket seams and swings a bit. It’s just a matter of time until you get a good delivery. Before that you have to take it on.”

Sohail Khan topscored for Pakistan in Christchurch and did so in an aggressive manner scoring 40 off 39 balls.

Shafiq spoke of the need to make hay while the sun shines so to speak: “It’s a lesson that we had learned in the last game – that on these types of wickets we have to spend time, but as soon as we are spending time, we have to score some runs. If we’re not scoring runs, we are standing at the same place – we are not going forward.”

Much will be expected of Younus Khan with skipper Misbah-ul-Haq suspended as a result of Pakistan’s slow over rate in the first Test.

Shafiq lauded the influence of the veteran batsman: “Younus is one of the great batsmen Pakistan has ever produced, and he’s gone through a lot of times in his career like this – when he hasn’t scored runs in the first match, but he always bounces back.

“He has that ability. I’m sure he will score runs in this match.”

Shafiq has fond memories of Seddon Park having cracked 83 against New Zealand at the venue in 2011.

He said: ” I remember that innings well – I played good, positive cricket. It feels really good to be back at the same ground. It really helps a lot as a batsman.”