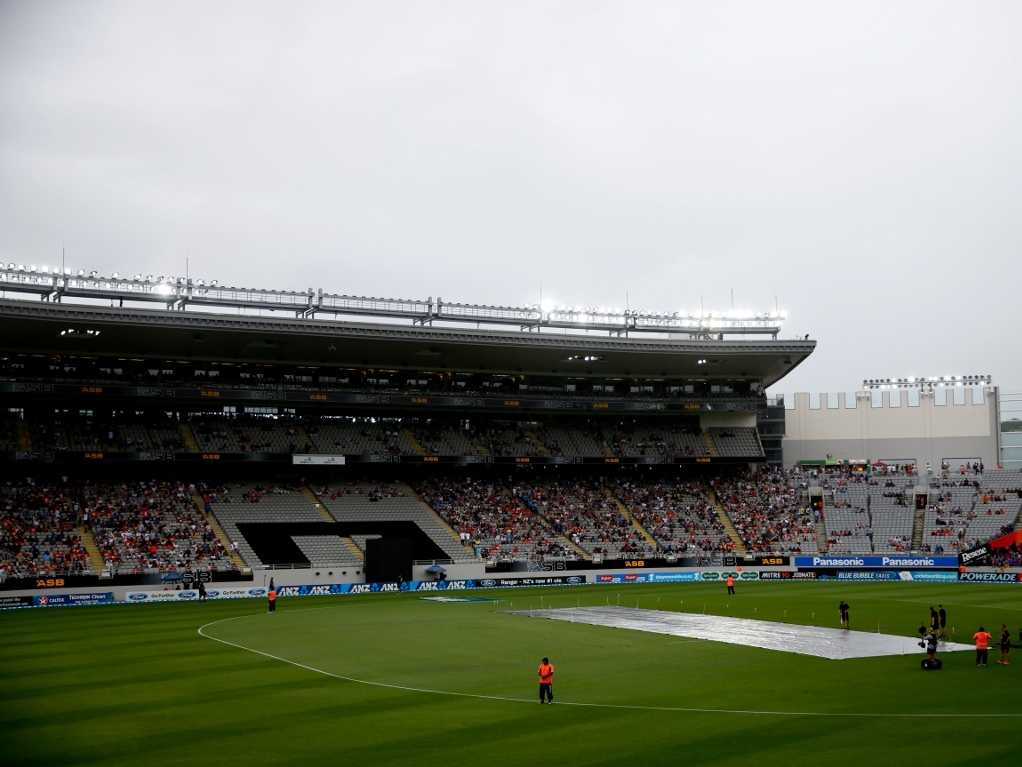 Unfortunately rain was the ultimate winner as the third One-Day International between New Zealand and Sri Lanka in Auckland was abandoned after only 28.5 were possible of the first innings.

At the time the umpires took the players off the field, hosts New Zealand were on 145 for three, with opener Martin Guptill, making a welcome return to form, on an unbeaten 66.

Black Caps skipper Brendon McCullum again got his side off to a fast start, scoring 28 off just 22 balls, before he was caught at by Nuwan Kulasekara at square-leg off the bowling of Sri Lanka captain Angelo Mathews in the eighth over. At that stage the home side were 40 for 1.

Batting at number three, Tom Latham immediately looked composed at the crease, as he and Guptill put on 99 for the second wicket at a run-rate of five to the over.

The left-handed Latham was bowled by Mathews for 42 in the 27th over to leave New Zealand at 139 for 2. Ross Taylor did not last long as he was trapped in front by the impressive Mathews for 2.

With the wicket of Taylor, the umpires took the players off the field and the rain never abated. Captain Mathews was Sri Lanka's only wicket taker having figures of three for 21 off six overs.

Guptill, who was under pressure to start making runs, started slowly but gradually grew into his innings striking four boundaries and three maximums'.

It must have been a pleasing sight for the Black Caps management with the World Cup just around the corner.

The series remains deadlocked at 1-1 after three matches, and the sides now move on to Nelson where the fourth ODI, out of seven, will be played on the 20 January.