Home Countries New Zealand Ronchi: It was a lot of fun and joy

Ronchi: It was a lot of fun and joy 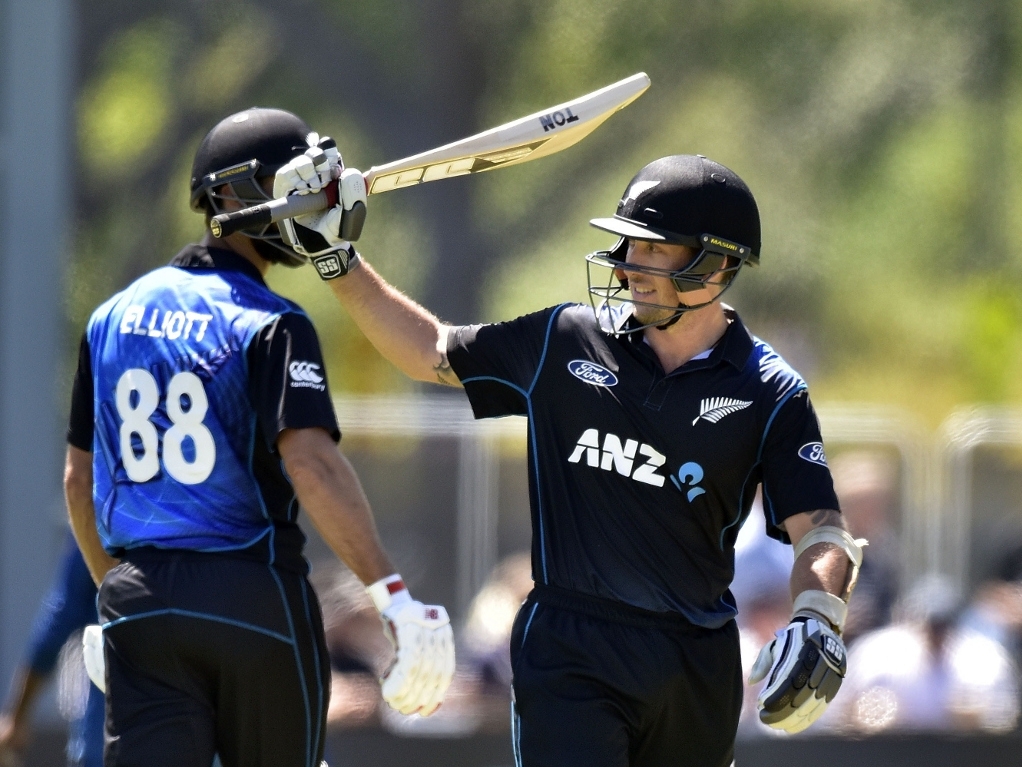 New Zealand wicketkeeper Luke Ronchi said he enjoyed his world record-breaking partnership with Grant Elliot as they defeated Sri Lanka by 108 runs at the University Oval in Dunedin on Friday.

The pair came together with the home in a bit of trouble at 93 for five after 20 overs, but started cautiously then counter-attacked to put on an unbeaten 267, which is a world-record for the sixth wicket in ODI's, as the Black Caps posted 360 for five in 50 overs.

Ronchi scored his maiden ODI century, he made 170 off just 99 balls, and Elliott notched up his second century, scoring 104 off 99 balls.

After the match, the wicketkeeper spoke of how they first saw off the initial threat of the bowlers before becoming more relaxed at the crease.

Ronchi said: "When we first started the innings we thought we'd just bat for a while and get through that little period when the ball was still doing a bit.

"After that we were pretty relaxed about the whole situation and enjoyed the position we were in. Both of us were scoring quite freely and getting what we wanted out of the bowlers."

The 33 year-old Ronchi struck nine sixes, as hit a few lusty blows in the latter part of his innings, which he says was not planned.

He said: "You start playing shots and things happen without you even thinking of it, and then you know you're flowing nicely and in the zone. We were both definitely in that zone at some stage and continued on.

"It was a lot of fun in the whole situation. There was a lot of joy in getting the hundred and pushing on and winning."