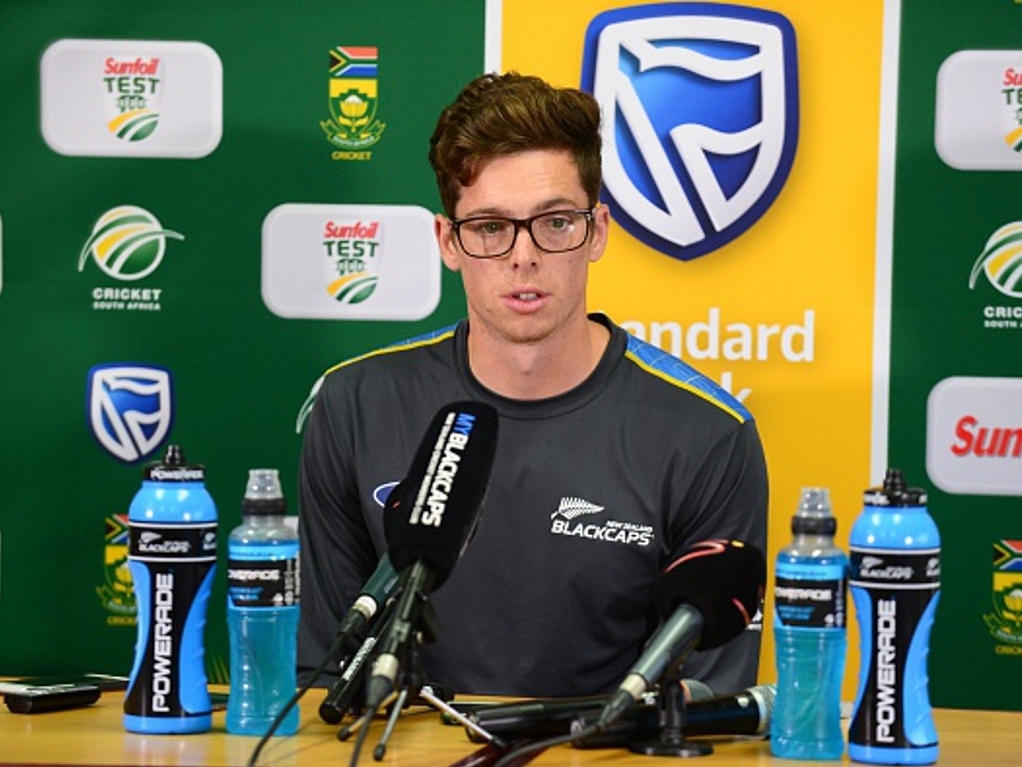 New Zealand's Black Caps were given a reminder of why they haven't won a Test in South Africa for almost 22 years on a second day curtailed by rain.

South African quick Dale Steyn was back with a vengeance and continued to haunt the Black Caps, in particular, Martin Guptill.

Santner acknowledged it would be difficult but kept a positive outlook: "There's going to be a little bit there with the new ball as it showed, so it's just about trying to get through that and trying to build partnerships with the older ball and go from there."

Steyn had Latham dropped early on before he found the edge of the opener's bat a second time to remove him and thought Guptill looked to dig in Steyn was just too good, nipping the ball back in to the right-hander and trapping him lbw.

While some of the Kiwis took the time to watch the All Blacks defeat the Wallabies in the Rugby Championship, Santner was more interested in having a catnap: "It was on TV, yeah. I was actually having a kip, but a few of the lads were watching it and getting pretty animated. I heard it was a pretty good game."

The tweaker was pleased with the bowling performance, but was eager for his team to make the most of the situation: "To bowl a side like South Africa out for 260 is always going to be a good effort.There was a bit of assistance from the surface and especially overhead conditions,

"But we're still a long way to go in the game, 15-2, and tomorrow we've got to come back fresh and start again and build some partnerships and go from there."