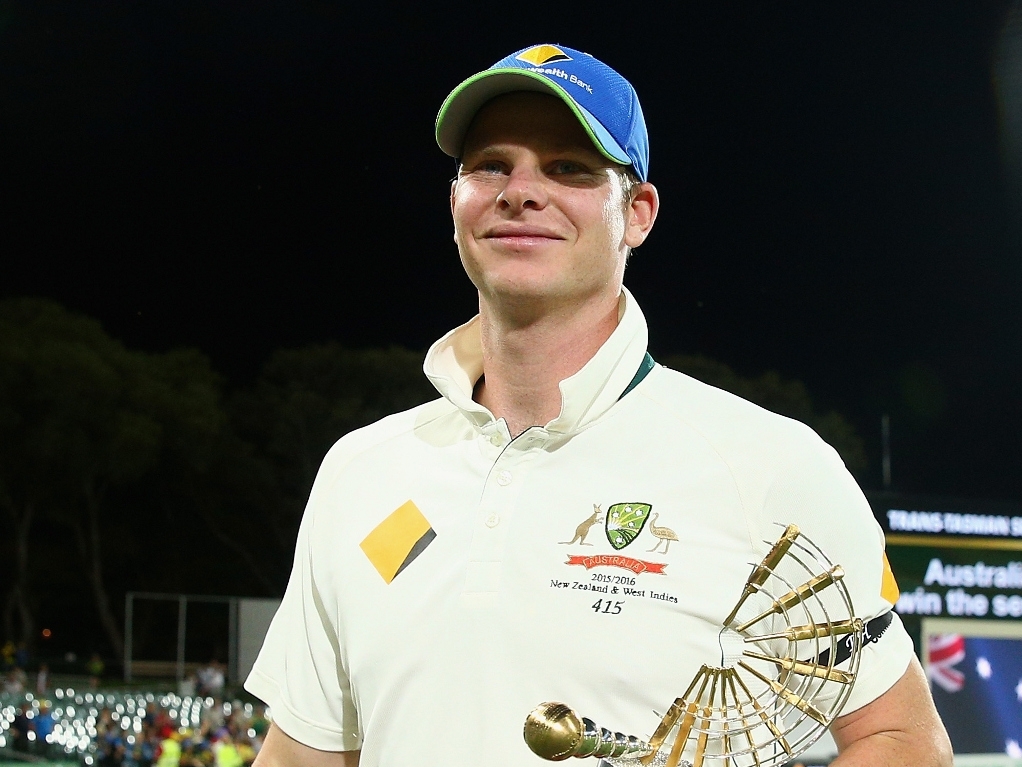 The Proteas middle-order batsman trails the duo by nine points, but a strong showing in the fourth Test against India in New Delhi could see him regain top billing.

New Zealand opener Tom Latham moved up four places to 35th after scores of 50 and 10 in Adelaide, while Mitchell Santner rocketed into 66th position after a mature showing on his debut where he scored 31 and 45.

For hosts Australia, Shaun Marsh moved up eight places to 56th, while there were career-high rankings for Mitchell Starc (up five to 73rd) and Peter Nevill, buoyed by a first innings 66 and who was the highest mover overall (up 22 places to 79th).

Murali Vijay was the top ranked India batsman in 12th position, while his captain Virat Kohli moved up one place to 16th and there were also gains for Shikhar Dhawan (up one to 32nd) and wicket-keeper Wriddhiman Saha (up 10 to a career-high 92nd).

JP Duminy also moved up three places to 40th after scores of 35 and 19 in a low scoring match.

There has been a reshuffle at the top of the rankings for Test Bowlers, with career-high gains for India’s Ravichandran Ashwin and Australia’s Josh Hazlewood following their side’s victories in Nagpur and Adelaide, pushing the duo into second and 10th places, respectively.

Hazlewood produced man of the match figures of nine wickets for 136 runs as Australia clinched the three-Test series 2-0. In doing so, the 24-year-old also passed the 50-wickets milestone (53 wickets in 12 Test matches to date) and soared 10 places to 10th.

Ashwin, meanwhile, claimed 12 for 98 in the match to spin his side to a 124 runs victory in Nagpur and India could move as high as second place in the ICC Test Championship if they win the fourth Test.

Ashwin’s ascent meant that James Anderson and Yasir Shah dropped to joint third on 846 points, while Stuart Broad fell to fifth. Despite dropping three places to 18th, there was good news for Peter Siddle who reached the 200 Test wicket milestone in Adelaide.

Other bowlers to head in the right direction during the Nagpur and Adelaide Tests included Amit Mishra (up two to 31st) who joined Imran Tahir (up by 14 places to 35th) in making career-high gains. Black Caps bowler Doug Bracewell was one place and a single point further back in 36th after gaining four places.

There were also career-high gains for Mitchell Marsh (up five to 55th) and Dean Elgar (up five to 68th) in a list which continued to be led by South Africa’s Dale Steyn.

There was one change in the top five all-rounders as Mitchell Starc moved up to a career-high fifth position.

Meanwhile, in the ICC Test Championship Australia moved into second position on 109 points following their 2-0 series win. An India victory in the fourth and final Test in New Delhi, meanwhile, would see them claim a 3-0 series win and see Kohli’s men move into second place on 110 points.

In that scenario, the Proteas’ advantage at the top would be cut to just four points, with Australia dropping to third and Pakistan to fourth place.