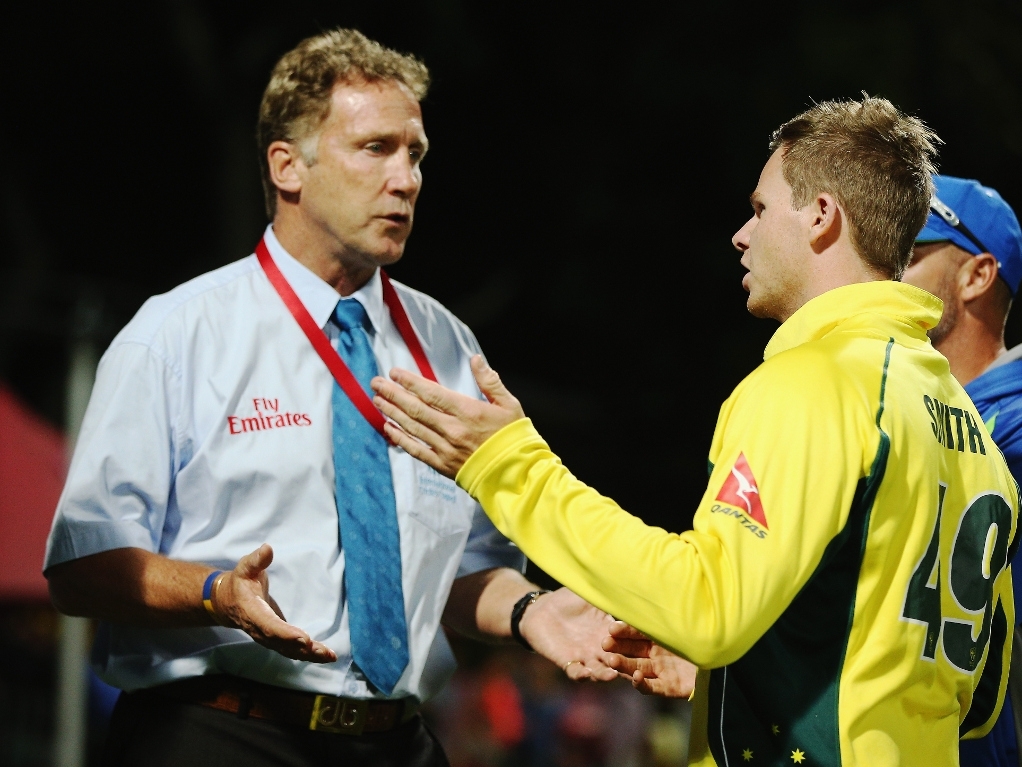 Australia captain Steve Smith was not happy at the process with which allrounder Mitchell Marsh was dismissed in the third ODI against New Zealand on Monday, although the Aussie skipper said the correct decision was made.

In the 34th over of Australia's innings Marsh bottom-edged paceman Matt Henry onto his boot with the ball looping back to the bowler who completed the catch.

Henry did turn around to the umpire and asked if it was out but none of the Kiwi fielders seemed interested in the appeal, thinking the ball came off the ground.

The game was on the verge of continuing when replays on the big screen in Hamilton showed the ball had not touched the ground and instead went straight off the foot into the Henry's hands.

The on-field umpires then sent the decision to the third umpire who gave it out.

Smith said after the game: "I don't think decisions should be made on the big screen, I don't think that's right for the game. I think better processes need to be put in place.

"We've got a review system in place. You have 15 seconds to make your decision and I don't think that was necessary for that to come up in that point in time.

"Neither of the umpires heard an appeal so the game went on. Well it was supposed to go on. It was shown on the big screen that there was a half-appeal, so they went upstairs.

"I was pretty disappointed with the whole process … it was handled pretty poorly. New Zealand players genuinely believed it wasn't out and, not until they saw it on the screen, did they change their mind.

"The right decision was made – he was out, there's no doubt about that. But if I get hit on the pad next time and it's missing leg, do I stand there and wait until it shows that up on the big screen?"

The Black Caps won the match by 55 runs to claim a two-one series victory with the teams now preparing for a two-match Test series, starting on Friday in Wellington.