Home Countries New Zealand Southee: We clawed our way back

Southee: We clawed our way back 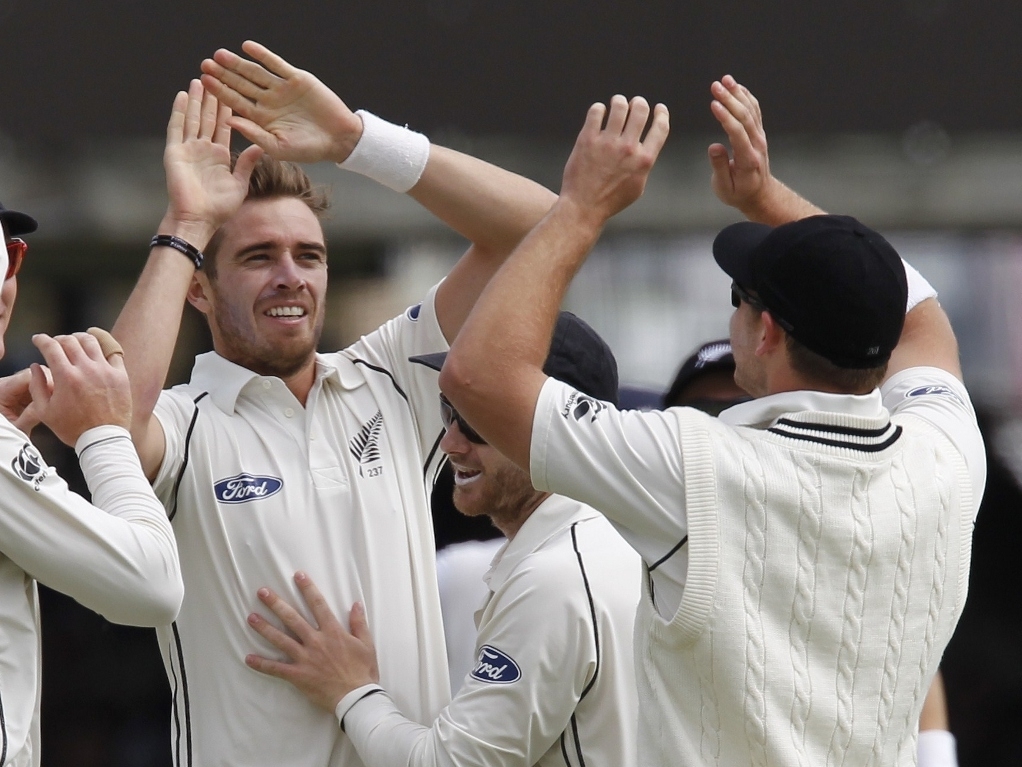 New Zealand swing bowler Tim Southee admits the they did not start well with the ball on day one of the second Test against Sri Lanka in Hamilton but clawed their way back into the game late in the day.

After the hosts won the toss on a green surface, the Asian team were 259 for four in the final session but a late burst from the Kiwi bowlers saw the visitors reach stumps on 264 for seven.

Southee gave praise to fellow seamer Doug Bracewell, who finished the day with figures one for 79 in 19 overs, saying he deserved more reward for his effort.

A right paceman, Southee said: "I guess we started okay, but probably didn't use what was in wicket as much as we could have. I don't think we executed to our liking in the first couple of hours.

"Went past the bat a little bit but didn't create enough pressure in first session. We clawed our way back in the last half an hour. It's a lot better than two for whatever at lunch time, when they would have been sitting pretty.

"Dougie bowled – and has bowled for long time – very well, without a lot of luck. "Today he was getting a bit closer, hitting stumps and bails not come off.

"He bowled outstandingly through the back end of the Aussie tour and in Dunedin, without rewards."