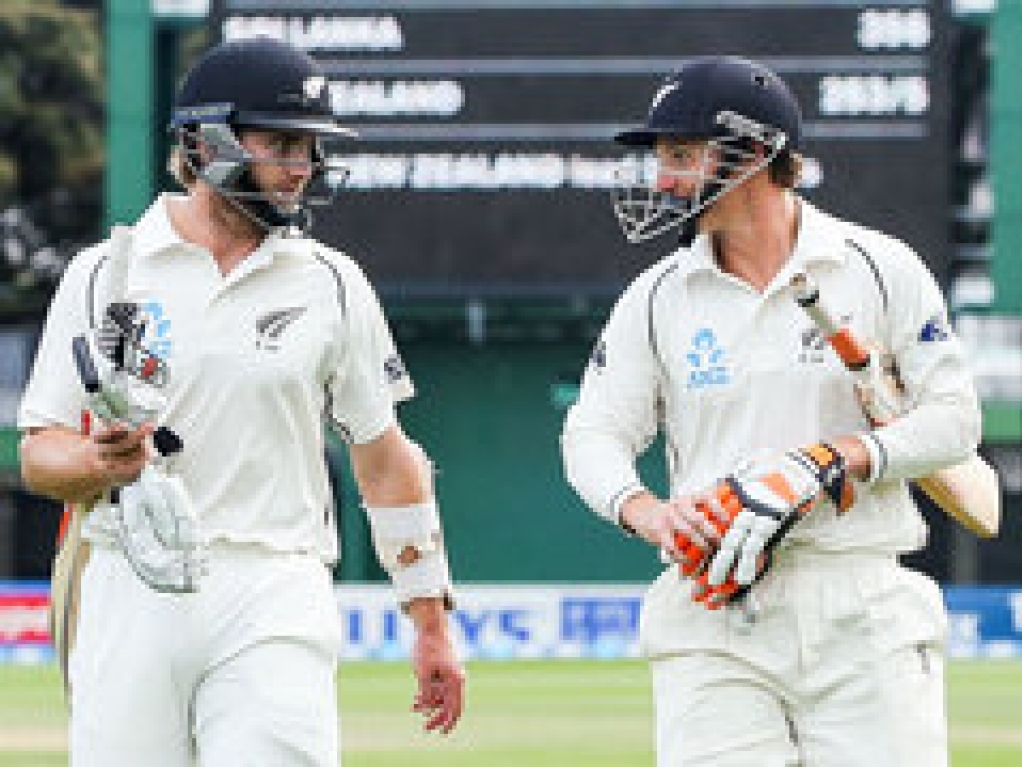 New Zealand opening batsman Tom Latham still believes that his side can win the second and final Test against Sri Lanka in Wellington, despite only having a lead of 118 runs with five second innings wickets remaining.

New Zealand are 253 for five, with Kane Williamson and BJ Watling rescuing the hosts with an unbeaten stand of 94, after the Black Caps found themselves in trouble at 159 for five.

With two days of the Test still remaining, Latham is confident that his side can keep going with the fight back and claim a victory to clinch the series 2-0.

He said: "We have certainly got fighting characteristics throughout the side and we're looking forward to tomorrow. I think Kane and BJ are the perfect guys to be out there at the moment.

"They have shown how determined they are and we have shown when we have been in these situations before that we can get through."

When asked about a reasonable target that his bowlers could defend, Latham said a score of around 200 could be enough as the pitch will be hard to bat on on the last two days.

He continued: "I think the score charts suggests 200 is a reasonably tough chase on the last day. Kane and BJ have done a top job and if they can keep going then it will be put us in a good position.

"It's a nice wicket. It's only going to get harder. The ball will turn a bit more in the next couple of days so whatever we get, hopefully we can defend it (and) I think there is always a possibility of winning.

"You have seen how quickly things can happen out there… (so) whatever runs we get on the board, we'll give it a good crack at defending it."