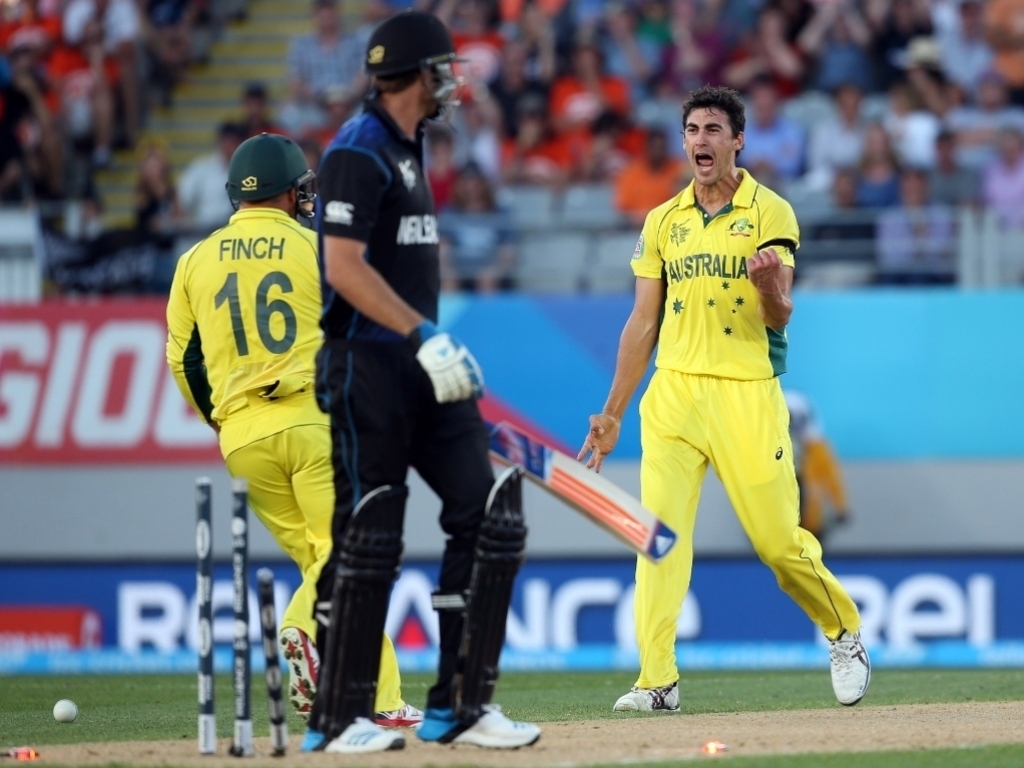 Australia’s Mitchell Starc has surged to the top of the ICC rankings for ODI Bowlers for the first time in his career, following stellar performance in the World Cup that also fetched him the player of the tournament award.

The 25-year-old left-arm fast bowler finished the 50-over tournament as joint-leading wicket-taker, with New Zealand’s Trent Boult, with 22 wickets, including two for 20 in eight overs in the final against New Zealand.

This performance helped Starc to rise two places and claim the number-one position for the first time. Starc had entered the tournament in seventh position and during the course of the tournament, he gained 147 ratings points.

He currently sits on 783 rating points, which is also his career-best rating and was achieved during the final played in front of over 93,000 spectators.

Boult also made gains in the latest rankings following his excellent run in the tournament. The left-arm fast bowler vaulted nine places to jump to career-high sixth position – a place he shares with Australia’s Mitchell Johnson, who also moved up by two places.

India's Umesh Yadav has broken into the top 20 for the first time in his career, following his 15 wickets in the series, including four for 72 in the semi-final against Australia. Yadav rocketed 16 places to join England’s James Tredwell in 18th position.

Faulkner’s 10 wickets in the series saw him climb 12 positions to a career-high 23rd position with a career-high 585 ratings points, which he gained in the final against New Zealand.

In the rankings for ODI Batsmen, South Africa captain AB de Villiers became the 11th batsman overall, and second South African after Hashim Amla, to break the 900-point mark. In ranking terms, 900 points marks out a player as truly great.

There was no change in the top five batters but the biggest movers in the latest rankings were Steven Smith and Martin Guptill, who were named in the Team of the ICC Cricket World Cup 2015.

Smith finished the series with 402 runs with one century and four half-centuries, while Guptill belted the highest World Cup individual score to date while scoring 237 not out on the way to finishing as the leading run-getter with 547 runs.

As a result, Smith jumped 19 places to a career-high 12th position, while Guptill finished in 22nd place after rising 12 places.

India opener Rohit Sharma also headed in the right direction after achieving a career-best ranking of 12th. Rohit scored 330 runs in the series for which he was rewarded with a jump of seven places.

Clarke finished his career in 29th spot (up by three places), Taylor 20th (down by four places), Misbah in 12th (up by one place), Sangakkara (second) and Jayawardene 34th (down by five places).

In the rankings for ODI All-rounders, Tillakaratne Dilshan retained his top spot, followed by Shakib Al Hasan of Bangladesh. The only change in the top 10 was the entry of South Africa’s JP Duminy, who moved up four places to ninth spot.

Pakistan’s Shahid Afridi has signed off on his ODI career as sixth ranked all-rounder. In the batting chart, he was 44th while 30th in bowling table.

Meanwhile, Australia retained the ODI Shield and also won USD$175,000 after finishing as the number-one ranked ODI side at the 1 April cut-off date. India collected USD$75,000 for finishing second.