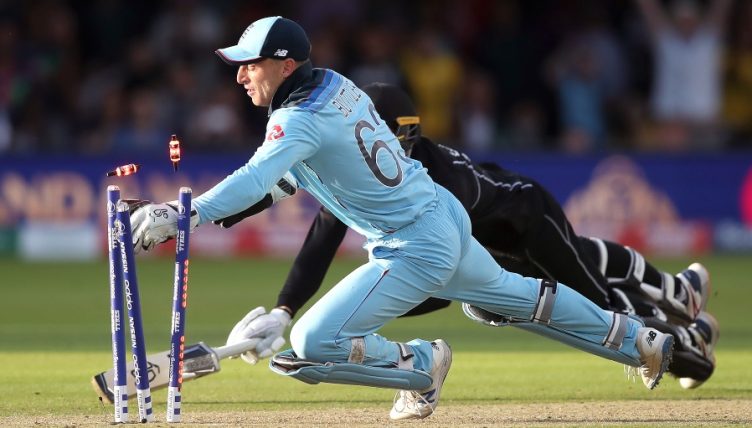 What was it? Nothing much. Just the actual World Cup final against the villainous English

Should New Zealand have won in regular time? Oh yes. Oh goodness me yes. Let me count the ways. Mitchell Santner not letting the last ball of New Zealand’s innings through to the keeper and then not even attempting a bye. Trent Boult not stepping on a rope. Martin Guptill not throwing the ball at Ben Stokes’ bat like a great wally. Trent Boult leaving the ball so that Ben Stokes rather than Adil Rashid was run out from the penultimate ball. The umpires knowing the laws. Jason Roy’s first-ball reprieve. The inherent injustice of someone as ridiculous as Ben Stokes existing. Just generally not losing a game where you reduce a team to 86/4 chasing 242 on a dog of a pitch.

What happened in the Super Over? Ben Stokes and Jos Buttler, who had rescued England’s innings, freewheeled their way to 15/0 from their six deliveries. Buttler whacked the last ball for four. That would prove important. Thanks to the daft boundary countback rule that nobody had bothered to query because, honestly, what are the chances of that ever being needed, New Zealand would need 16 from their own Super Over – 15 would hand the title to England. A shocking wide call and a massive great six from twitter dot com’s Jimmy Neesham gave New Zealand the advantage. They needed just three runs from the last two balls. They got two of them.

What was it? A series-deciding fifth T20 against the Fucking English again. Rain then reduced it to an E11.

Should New Zealand have won in regular time? Probably, yeah. It was a silly and giddy game, as befitting one reduced to 66 balls a side, and everyone had a lot of fun. It would be harsh to be too critical of anyone in the circumstances. Still, though. They did fail to defend a target north of 13 an over and absolutely should have held England off in the final over. There was much nonsense as both teams thrashed the ball all around Eden Park, which remains too small to be a cricket ground. The Blackcaps twatted 146/5 in their 11 overs thanks chiefly to a two-a-ball 50 from Martin Guptill. Jonny Bairstow got England into the run-chase with 47 off 17 but the jig appeared to be up when Tom Curran was seventh out with England still needing 13 from three balls. Chris Jordan then smashed 12 from said three balls to send the game into overtime.

What happened in the Super Over? New Zealand were resigned to their fate. Eoin Morgan and Bairstow took England to 17/0, and New Zealand this time got nowhere near. Martin Guptill once again a forlorn one not out from one ball, but with only 8/1 on the board England romped to a convincing nine-run victory.

What was it? The third T20I of a five-match series against India, who already held a 2-0 lead

'No Way To Prevent This,' Says Only Nation Where This Regularly Happens https://t.co/bawDlnFCBR

January 31 2020, Westpac Stadium: Are you taking the actual living piss?

What was it? The fourth T20I of a five-match series against India, who already held a 3-0 lead (see above)

Should New Zealand have won in regular time? Of course they fucking should. Of course. They needed 11 runs to win from 12 balls with seven wickets in hand. Eleven! Twelve! Seven! They lost four wickets in the final over. Four!

What happened in the Super Over? New Zealand lost. Again. BECAUSE THEY WILL NOT LEARN.