The rich history of the Under-19 World Cup 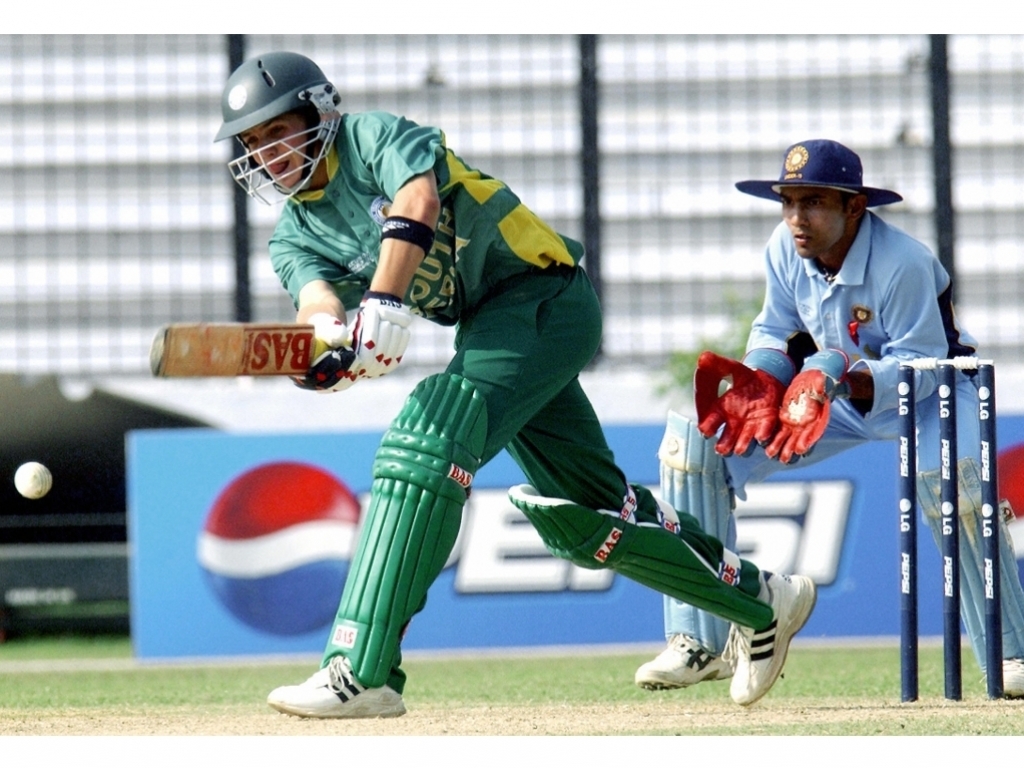 The ICC U19 Cricket World Cup has developed into an elegant event that showcases the best of the next generation and is acknowledged as the graduating school for top-class cricketers around the world.

The tournament, which is held every two years, replicates a major global tournament experience in terms of organization, giving the future stars not only a chance of playing top-level age-group cricket but also experiencing first-hand, the paraphernalia that goes with senior international cricket including broadcast matches, anti-doping procedures, anti-corruption education and media interactions.

With alumni that includes several past and present stars like Steve Smith of Australia, Joe Root of England, Virat Kohli of India, Kane Williamson of New Zealand, Inzamam-ul-Haq of Pakistan, Graeme Smith of South Africa, Sanath Jayasuriya of Sri Lanka and Brian Lara of the Windies, each edition is now looked forward to by fans as they get a chance to identify future stars.

The tournament was first held in Australia in 1988 as part of the celebrations for the Australian Bicentenary and became a regular feature from 1998. 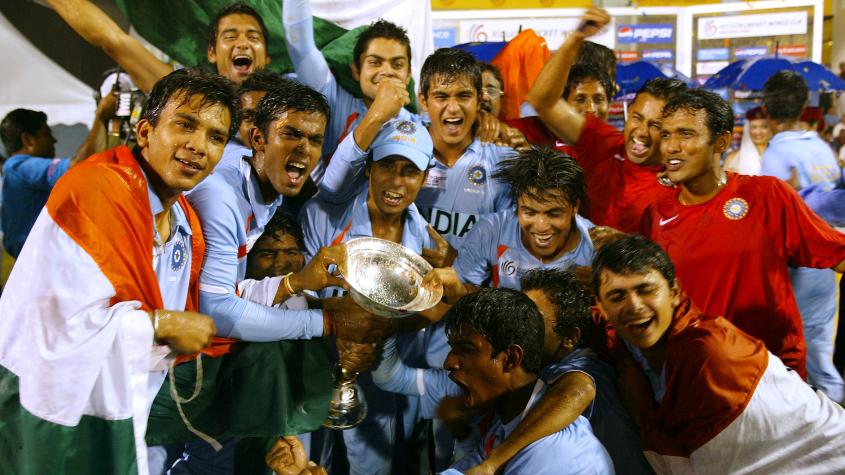 Australia were victorious in the 1988 tournament beating Pakistan by five wickets at the Adelaide Oval in what was a unique event then. Never had so many young cricketers come together for such a huge event and players got an early taste of international cricket.

Australia chased a target of 202, powered by a Brad Williams century. Though several players went on to attain stardom, one player who came into the tournament as a star was India leg-spinner Narendra Hirwani, fresh from a sensational debut in which he had grabbed 16-136 against the Windies. However, it was another leg-spinner from neighbouring Pakistan, Mushtaq Ahmed, who finished as the most successful bowler with 19 wickets in the tournament.

Mushtaq emphasizes the importance of the tournament and says he still remembers almost every moment from the inaugural event which he considers a huge opportunity for participants.

Mushtaq Ahmed: “I remember playing big guns like (Brian) Lara, (Mike) Atherton, Chris Lewis. When you start representing your country, you remember everything, when the dream is coming true. I remember every guy who played with me or against me. Basit Ali, Aqib Javed, Inzamam-ul-Haq, others who played (only) a few games.”

The tournament resumed in 1998, when it was held in South Africa. It was now expanded to 16 sides in a bid to provide exposure to more teams and was played on a new format that had separate Super League and Plate championships.

England won the Super League final chasing a target of 242 against New Zealand with opener Stephen Peters notching a century. In the plate championship, Bangladesh defeated the Windies by six wickets despite a belligerent 141 from Chris Gayle, who was to later emerge as one of the biggest hitters the game has seen.

Sri Lanka played host to the 2000 tournament and made their only entry into the final where they lost to Mohammad Kaif-led India after managing only 178 runs in Colombo. In the Plate final in Kandy, South Africa defeated Bangladesh by 80 runs with future national captain Graeme Smith top-scoring with 51 and future England batsman Jonathan Trott contributing 41.

Australia won their second title in 2002 in New Zealand, defeating South Africa by seven wickets in the Super League final while Zimbabwe won the Plate championship final defeating Nepal by 137 runs with Tatenda Taibu winning the player of the tournament award.

Hashim Amla, who led South Africa to the final, says he “thoroughly” enjoyed playing in that U19 CWC and that players who figure in the tournament become household names in later years.

Hashim Amla: “There are a few players that I have played with in the South African (U19) team that I managed to (also) play for South Africa afterwards and that experience was hugely beneficial.

“You get a sense of where you are at and that can motivate you. It gives you an insight into that. You have to keep improving – the U19 World Cup is about fun, intensity and you are giving it all, no matter what.”

Pakistan won back-to-back titles in 2004 (Bangladesh) and 2006 (Sri Lanka). They defeated the Windies by 25 runs in the Super League final in Dhaka while in Colombo two years later they triumphed over India by 38 runs in a low-scoring encounter with their present captain Sarfraz Ahmed leading the side. Bangladesh defeated Australia in the 2008 Plate final while Nepal defeated New Zealand in 2006 to take the Plate championship.

The 2008 edition in Malaysia saw Virat Kohli lead India to victory over South Africa by 12 runs with the Duckworth-Lewis method. Australia’s Steve Smith and New Zealand’s Kane Williamson completed a triumvirate of future super stars from the tournament, in which the Windies defeated Nepal by seven wickets in the Plate final.

The 2010 edition, which was held in New Zealand for the second time, was won once again by Australia as the Mitchell Marsh-led side defeated Pakistan by 25 runs in the final of the Super League. In the Plate Championship final, Bangladesh defeated Ireland by 175 runs.

The United Arab Emirates played host to the 2014 edition, which was won by South Africa for the first time as they defeated Pakistan by six wickets in the Super League final to complete an unbeaten run. Bangladesh defeated New Zealand by 77 runs to win the Plate Championship final.

The Windies won the 2016 tournament in Bangladesh in what turned out to be a dream year for them. The U19 triumph was followed with their men’s and women’s sides winning the ICC World Twenty20 tournaments in India. The Windies defeated India by five wickets in the Super League Final while the Plate Championship was won by Afghanistan as they defeated Zimbabwe by five wickets. 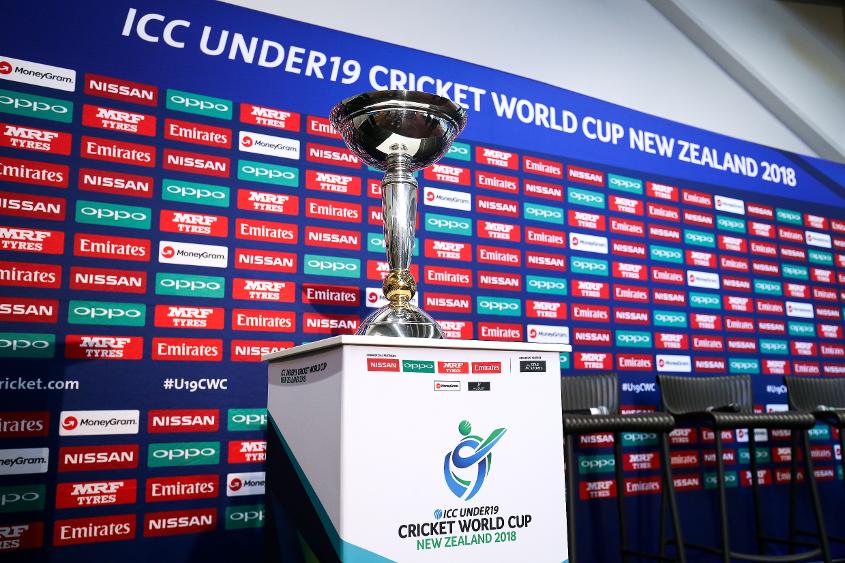 More details on each event:

The potential of the tournament reflected in the number of players who went on to become international captains. This list included Michael Atherton and Nasser Hussain of England, Lee Germon of New Zealand, Inzamam-ul-Haq of Pakistan, Brian Lara, Jimmy Adams and Ridley Jacobs from the Windies and Sri Lanka’s Sanath Jayasuriya.

The tournament was played on a single league format with Australia and Pakistan qualifying for the final by topping the league. The host avenged their defeat at Pakistan’s hands in the league to bag the title with a five-wicket win at the Adelaide Oval.

England defeated New Zealand by seven wickets in the Super League final while Bangladesh indicated they were ready for Test status by beating the Windies by six wickets in the Plate final.

Gayle was the tournament’s leading scorer with 364 runs, while team-mate Ramnaresh Sarwan and Zimbabwe’s Mluleki Nkala were the top bowlers with 16 wickets each.

The tournament was hosted in Asia for the first time and featured seven qualifiers – the Americas Region, Bangladesh, Ireland, Namibia, Nepal, Kenya and the Netherlands – alongside the nine Test nations.

Graeme Smith, who went on to captain South Africa, was the tournament’s leading scorer with 348 runs and Pakistan’s Zahid Saeed topped the bowling charts with 15 wickets. Yuvraj Singh of India was named the man of the tournament.

Jonathan Trott, who made a name for himself in England colours, turned out for his native South Africa in the tournament.

The Test group, now enlarged to 10 nations after the admission of Bangladesh following the 2000 event, were joined by six qualifiers — Canada, Kenya, Namibia, Nepal, Papua New Guinea and Scotland for the next edition in New Zealand.

Australia claimed their second ICC U19 Cricket World Cup title with a seven-wicket win over South Africa in the Super League final, while Zimbabwe cantered to a 137-run victory against Nepal in the Plate final.

Cameron White of Australia was the leading scorer with 423 runs and team-mate Xavier Doherty finished as the top bowler with 16 wickets.

Pakistan defeated the Windies by 25 runs in a closely-contested Super League final, while hosts Bangladesh stunned Australia by eight wickets in the Plate final.

Current India star Shikhar Dhawan was the leading scorer with 505 runs and was named the player of the tournament. Bangladesh’s Enamul Haque Junior was the leading wicket-taker with 22 wickets.

The 10 Test nations were joined by qualifiers, Ireland, Namibia, Nepal, Scotland, Uganda and the United States of America.

In two edge-of-the-seat thrillers, Pakistan defeated arch-rivals India by 38 runs to win the Super League final and Nepal pipped New Zealand by one wicket to lift the Plate title.

Cheteshwar Pujara of India, who was the leading scorer with 349 runs, was named player of the tournament. Australia’s Moises Henriques was the leading bowler with 16 wickets.

The tournament was hosted for the first time by a non-Test playing nation when Malaysia organised the 2008 event. This time the qualifiers were Bermuda, Ireland, Malaysia, Namibia, Nepal and Papua New Guinea.

India’s current Test captain Virat Kohli led his team to victory by beating South Africa by 12 runs via the Duckworth-Lewis method after a rain-affected final at the Kinrara Academy Oval ground on the outskirts of capital Kuala Lumpur. The Windies defeated Nepal by seven wickets to win the Plate final.

India’s Tanmay Srivastava was the leading scorer with 262 runs, while South Africa’s Wayne Parnell took the bowling honours with 18 wickets. New Zealand’s Tim Southee was the player of the tournament which featured, among others, the late Phillip Hughes, Steven Smith and Josh Hazlewood of Australia, New Zealand’s star batsman Kane Williamson along with team-mates Trent Boult and Corey Anderson, and Dinesh Chandimal of Sri Lanka.

Afghanistan, Canada, Hong Kong, Ireland, Papua New Guinea and the USA were the qualifiers in the next edition in New Zealand which was won by Trans-Tasman rivals Australia. Australia beat Pakistan in a repeat of the 1988 final, this time by 25 runs, to grab their third U19 title.

Bangladesh defeated Ireland by 195 runs to win the Plate final.

South Africa’s Dominic Hendricks was the leading scorer with 391 runs and was also named the player of the tournament. Papua New Guinea’s Raymond Haoda surpassed expectations to emerge the leading wicket-taker with 15 scalps.

India joined Australia as three-time winners of the ICC U19 Cricket World Cup with a commendable six-wicket victory over the hosts at the Tony Ireland stadium in Townsville.  Sri Lanka won the Plate championships after beating fast-improving Afghanistan by seven wickets.

The tournament was completed by the 10 Test-playing nations and six qualifiers — Scotland, Nepal, Ireland, Afghanistan, Papua New Guinea and Namibia.

Bangladesh’s Anamul Haque was the tournament’s leading scorer with 365 runs, while England’s Reece Topley was the top bowler with 19 wickets. Among others who took part were Bangladesh’s Taskin Ahmed, Australia’s Travis Head and Ashton Agar, Afghanistan’s Najibullah Zadran, Quinton de Kock of South Africa, Kraigg Brathwaite of the Windies and Babar Azam of Pakistan

South Africa dominated from start to finish as they emerged unbeaten through the tournament before beating crowd favourites Pakistan by six wickets in the final at the Dubai International Cricket Stadium.  Bangladesh won the Plate final with a 77-run win over New Zealand.  Sixteen nations competed: the 10 Test-playing teams, the United Arab Emirates as hosts, and five additional associate and affiliate qualifiers (Afghanistan, Canada, Namibia, Papua New Guinea, and Scotland)

Aiden Markram was named player of the tournament, in which Shadman Islam of Bangladesh was the leading scorer with 406 runs and Anuk Fernando of Sri Lanka was the leading bowler with 15 wickets.

Players who made an immediate impression at the senior level after the 2014 tournament were Kagiso Rabada of South Africa, Mustafizur Rahman and Mehedi Hasan of Bangladesh, Kuldeep Yadav and Shreyas Iyer of India, and Kusal Mendis of Sri Lanka

Ten teams qualified automatically for the tournament through their status as ICC full members, while five others qualified by winning regional qualifying events. The final place at the tournament was taken by the winners of the 2015 Under-19 World Cup Qualifier, which was contested by the runners-up at the five regional qualifiers.  However, the Australian squad pulled out of the tournament, citing security concerns and so Ireland were invited as a replacement.

Players in the tournament who featured for their national team in the future included Rashid Khan of Afghanistan, Rishabh Pant of India, Shadab Khan of Pakistan and Alzarri Joseph of the Windies.