Home Countries Australia This week in history: 18 to 24 March 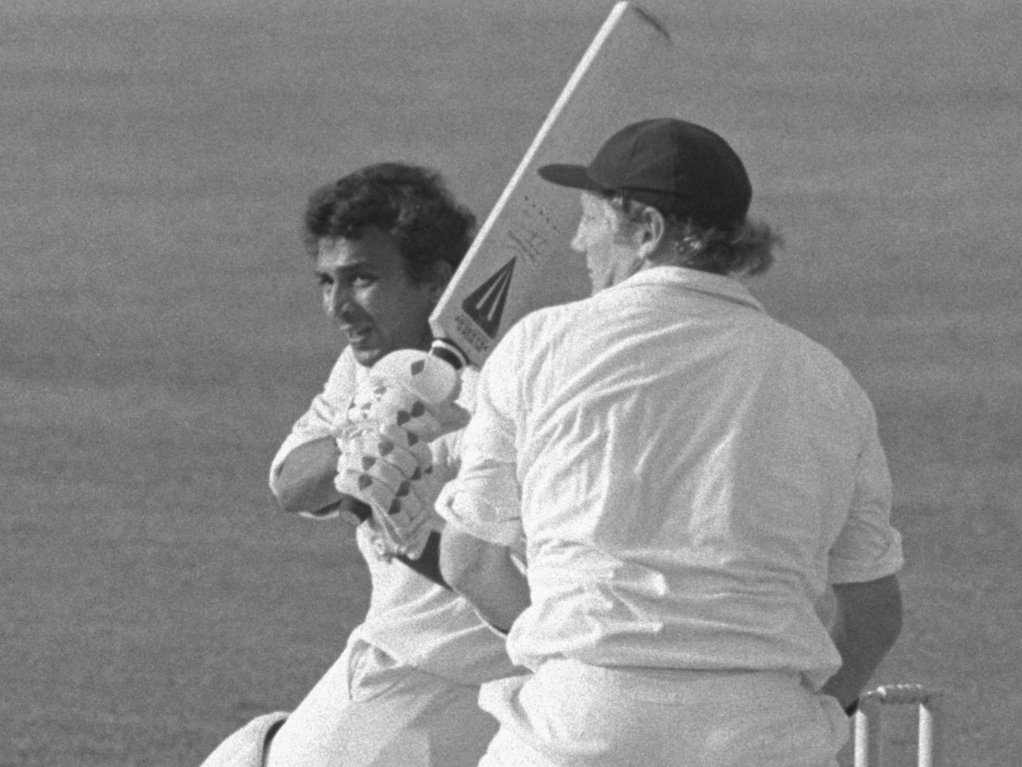 We can all use a bit of extra pub quiz trivia power, so herewith a new column that gives you weekly bits of cricketing knowledge to impress your mates/bore the person you're flirting with.

1977: Australia and England played the final day of the Centenary Test, and the Aussies won by 45 runs, which was the same as the winning margin in the original match 100 years prior. In this game, Dennis Lillee took six wickets in the first innings and five in the second.

2006: Australia beat South Africa by seven wickets in the first Test at Newlands, with the Aussies needing just 95 runs to win in the second innings. The Proteas had been bowled out twice, for 205 and 197, as Stuart Clarke took five and then four wickets.

1892: South Africa and England contested the only Test in that series, in Cape Town, and England eventually won by an innings and 189 runs. South Africa were all out for 97 and 83, with England scoring 369 in between those, with Henry Wood recording 134.

2007: Bermuda all-rounder Dwayne Leverock, one of the more portly players around, took a superb diving catch at slip to remove India opener Robin Uthappa for three during their World Cup match. The Cricinfo commentary read: "It flew to the right of Leverock who hurled himself – hard to visualise, I am not lying but that's what happened- to his right and plucked it single-handed."

1965: India spin bowler, and future famous umpire, Srinivas Venkataraghavan, took eight wickets for 72 runs in the first innings against New Zealand in Delhi, and took another four wickets later on. It was the only time he took a 10-wicket match haul, as India won by seven wickets.

1989: Bangladesh opening batsman Tamim Iqbal was born in Chittagong. He made his Test debut in 2008, at the age of 19, and has since played 37 Tests and averages 38.09, including six tons.

1971: India batting legend Sunil Gavaskar scored his maiden Test century, against the West Indies in Georgetown. He made 116 that time, and went on to score another 33 Test tons before retiring in 1987, 125 Tests later.

1992: Pakistan beat New Zealand in their World Cup semi-final, chasing the 263 required with one over to spare. Martin Crowe had been run out for 91 earlier in the day, with Mark Greatbatch as his runner attempting an ill-fated second run, and a 60 off 37 balls from Inzamam-ul-Haq, avoiding runnings single, obviously, saw Pakistan edge out the chase. They went on to win the tournament.

1992: South Africa experienced their first of many World Cup heartbreaks. This though is probably the only time that they could really feel aggrieved about their exit as the semi-final match against England ended in farcical circumstances in Sydney. Chasing 253 the Proteas were on course for victory and required 22 off 13 balls when rain stopped play. However, when play resumed the scoreboard read: South Africa need 21 off one ball. England went on to qualify for the final against Pakistan.

2001: India claimed a narrow two-wicket in the final Test against Australia in Chennai to win the Border-Gavaskar Trophy 2-1. Harbhajan Singh dominated the match with figures of 7 for 133 in the first innings and 8 for 84 in the second.

1962: Nawab of Pataudi junior became Test cricket's youngest captain at the age of 21 years and 77 days as he led India out against the West Indies in Bridgetown. The visitors went on to lose the game by an innings and 30 runs after Lance Gibbs claimed 8 for 38 in the second innings.

1994: Kapil Dev's glorious Test career came to an end in the one-off Test against New Zealand in Hamilton. He finished with 434 wickets at 29.64 and 5248 runs. The match also marked the debut of 20-year-old Stephen Fleming. Other milestones included Mohammad Azharuddin reaching 4000 runs and Sachin Tendulkar hitting the 2 000-run mark in only his 37th Test.

2002: Ben Hollioake was tragically killed in a car crash in Sydney. Hollioake was part of the England squad a few weeks earlier and captain Nasser Hussain, on tour in New Zealand, flew over to Australia for his funeral a few days later.

1885: Umpire Jack Hodges refused to take to the field after tea on the third day in Melbourne after the England team made complaints about some of his decisions. He was replaced by Tom Garrett – a member of the Australia team.

1984: Colombo became the first city to boast three Test venues after staging the third Test between Sri Lanka and New Zealand at Colombo Cricket Ground. In 1992, the R. Premdasa (Khettarama) Stadium later became the fourth ground in the city to host a Test.