Vettori: Skipper asked me to come back 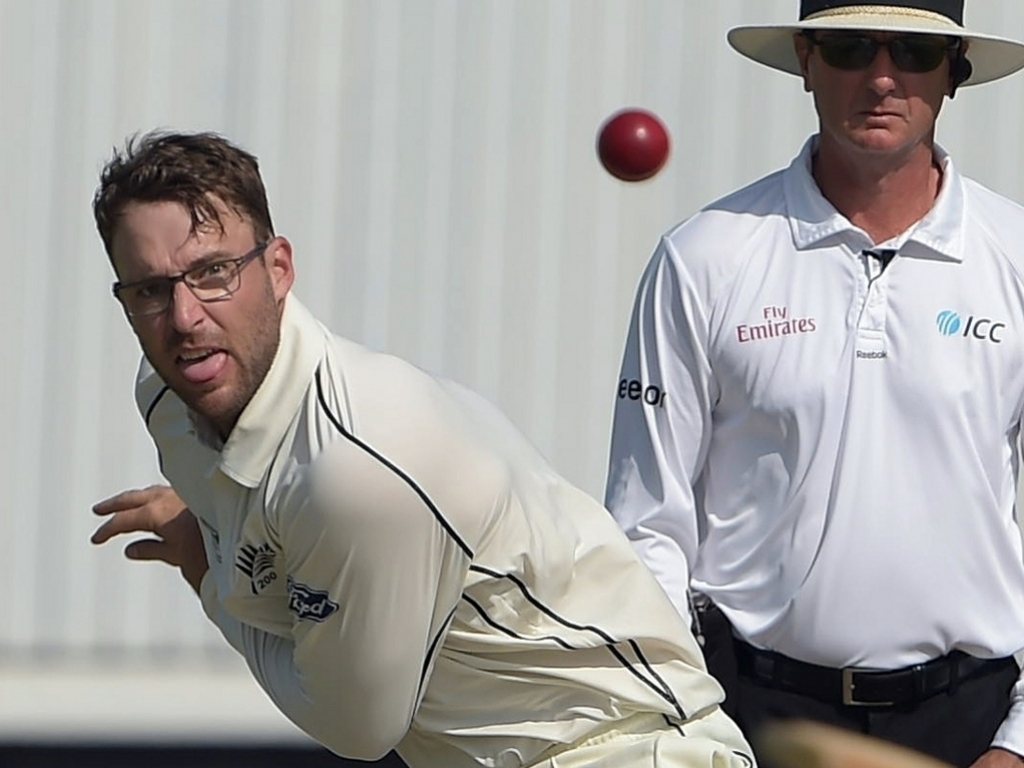 New Zealand all-rounder Daniel Vettori has revealed that captain Brendon McCullum was the key to his return to Test cricket after being out of the longer format of the game for more than two years.

The left-arm spinner made a surprise return to Test cricket when he was drafted into the side for the crucial third Test against Pakistan in Sharjah. Vettori was already in the UAE on a New Zealand "A" team tour when he was sounded out by the skipper.

Vettori said, after helping the Black Caps win the final Test match and level the three match series 1-1: "It started with a text message from Brendon.

"He obviously knew I was coming over with the A team to play in the one-dayers before the ODI series here, sort of talked about the wickets, and possibly the need for three spinners and sort of went from there."

The former skipper revealed that he took some time to give McCullum an answer as he first had to consider the strain on his body that Test-match cricket would bring, and also didn't want to jeopardies his chances of playing at a World Cup on home soil early next year.

He said: "Yeah, it did [require some thinking], I would have been remiss if I hadn't thought about the big picture around the World Cup, and the workload was always questionable.

"But I spoke to [New Zealand ODI seamer] Kyle Mills about it and he said he'd do anything to play a Test match for New Zealand and I think that was the thing that tipped me over the edge and particularly knowing that my workload would be relatively small, to come into a New Zealand team that has been doing so well and led so well, it was actually exciting to come into the side."

Vettori had never officially retired from the longer format but did admit that he thought his Test-match days were over as injuries took their toll on his body.

He explained: "I'd had a lot of injuries over the last couple of years, particularly my Achilles and it hadn't allowed me to run, really, and it affected my fitness and I hadn't played a lot of cricket, I think in my mind there wasn't any more Test cricket in the future, but I didn't think it was appropriate to retire when I had been out of the team so long, and it was probably easier to just disappear, but this opportunity over the last few days has been special."

Asked if he would continue to be available for the Test side, Vettori said it was unlikely and also it was not the appropriate time to announce his retirement after the death of Australia batsman Phillip Hughes.

Vettori said: "I don't think I'll leave the door open, but in the current environment it's not appropriate to speak of those things.

"It's been a very hard Test match to play and we're lucky that we've had Brendon and [coach] Mike Hesson and Mike Sandle, our manager, to lead us and really help the guys get through it, because a lot of guys knew Phillip very well and we felt like he was one of us, and we mourned him as a teammate."