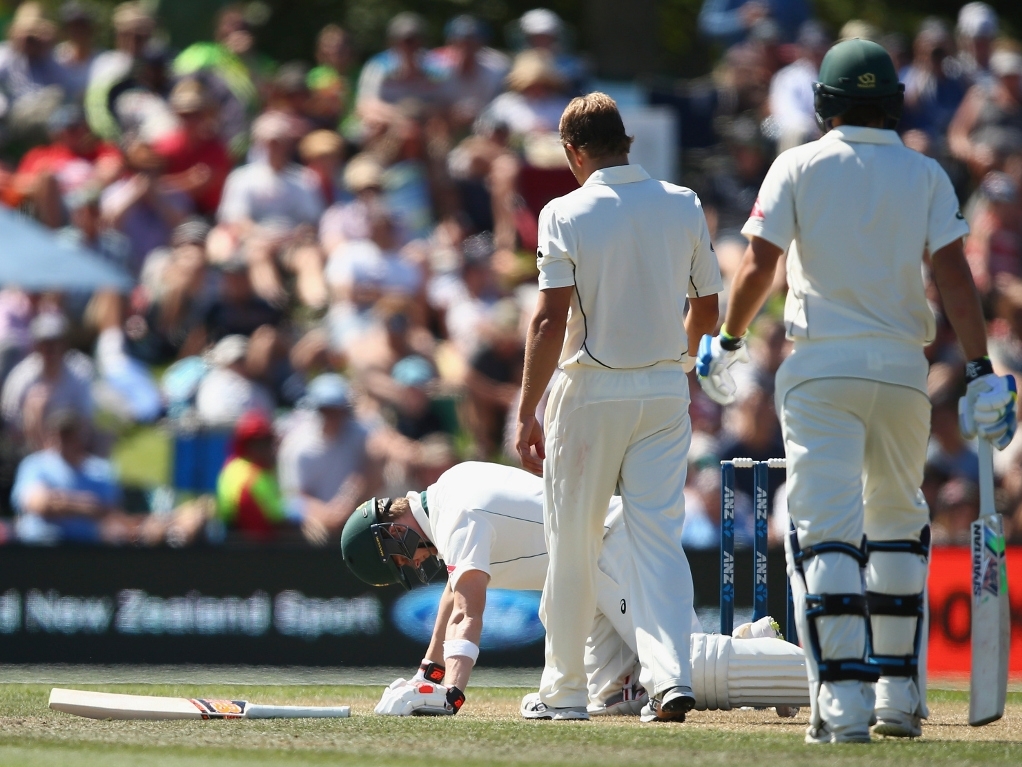 New Zealand fast bowler Neil Wagner gave credit to Steve Smith after the Australia captain survived a blow to the head to score a century on day two of the second Test in Wellington.

Smith took the blow from Wagner when he had 78 but got up and went on to score 138, his 14 Test hundred, and together with Joe Burns (170) put on 289 for the third wicket to guide Australia to 363 four at stumps, still seven runs behind.

A left-arm seamer, Wagner said bouncers are part of the game but it is never a bowler's intention to hurt a batsman.

Wagner told reporters after the day's play: "Not nice is it, it's a bit of a shaky feeling. Credit to him he did pretty well from that. Hell of a knock.

"It's never anyone's intention to try and hit someone in the head and see them go down like that so I think a hell of a lot of credit to him to take a blow like that and stand up and bat the way he did shows the character of the bloke that he is.

"I ran up straight to him and he sort of flashed his eyes a little bit and I was a bit worried at the start, and then he said he's fine and he took a bit of time, which we all said make sure you take enough time and get yourself ready, we'll give whatever you need.

"So he did and he looked fine after that."