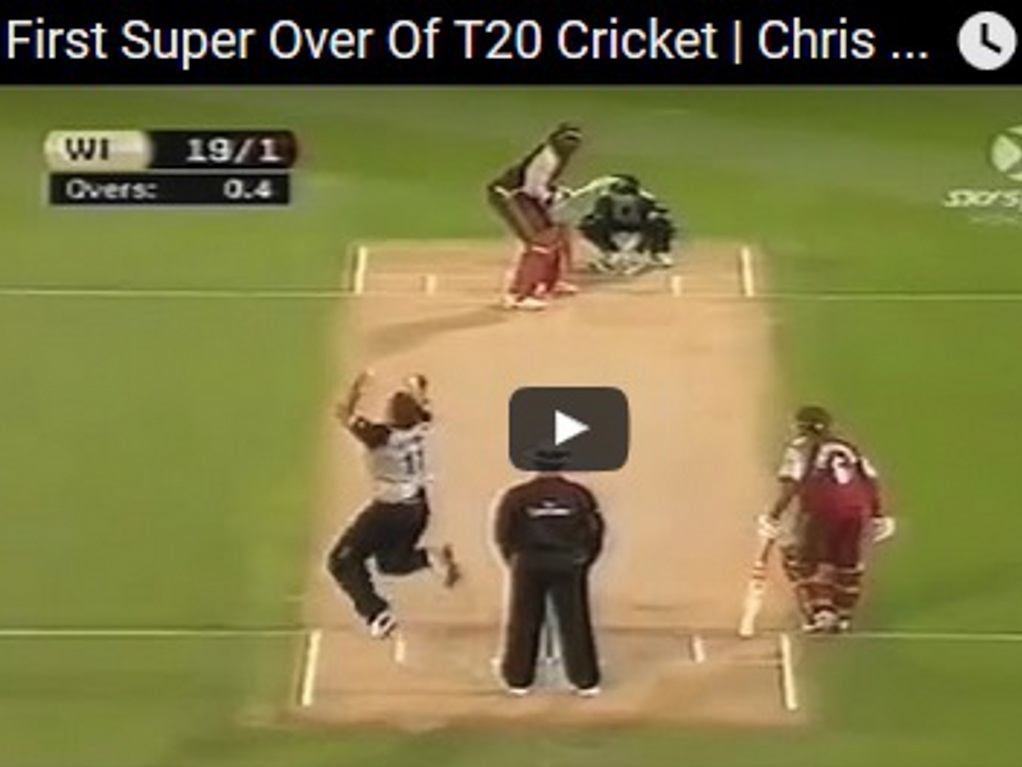 The third T20 between England and Pakistan in the UAE ended in a Super Over, after the regular match was tied on 154. It was an exciting ending, and a first for England, but far from the first overall.

Here are a few Super Over highlights from over the years.

West Indies opener Chris Gayle smashed Dan Vettori around the park, recording 25 for one in the six balls. Sulieman Benn bowled the Windies' over, and New Zealand made 15/2.

There's no video for the most recent match, where they totalled 7 runs between them, so this will have to do. In the second ever T20 international Super Over, New Zealand and Australia made 9 and 6.

The year 2012 saw three of the six Super Overs in international cricket, and the most exciting was this one. Shahid Afridi's face tells the sotry.

This match ended in a tie, and then the Super Over was tied too! The winner was decided on boundary count in the end, so the Royals won.