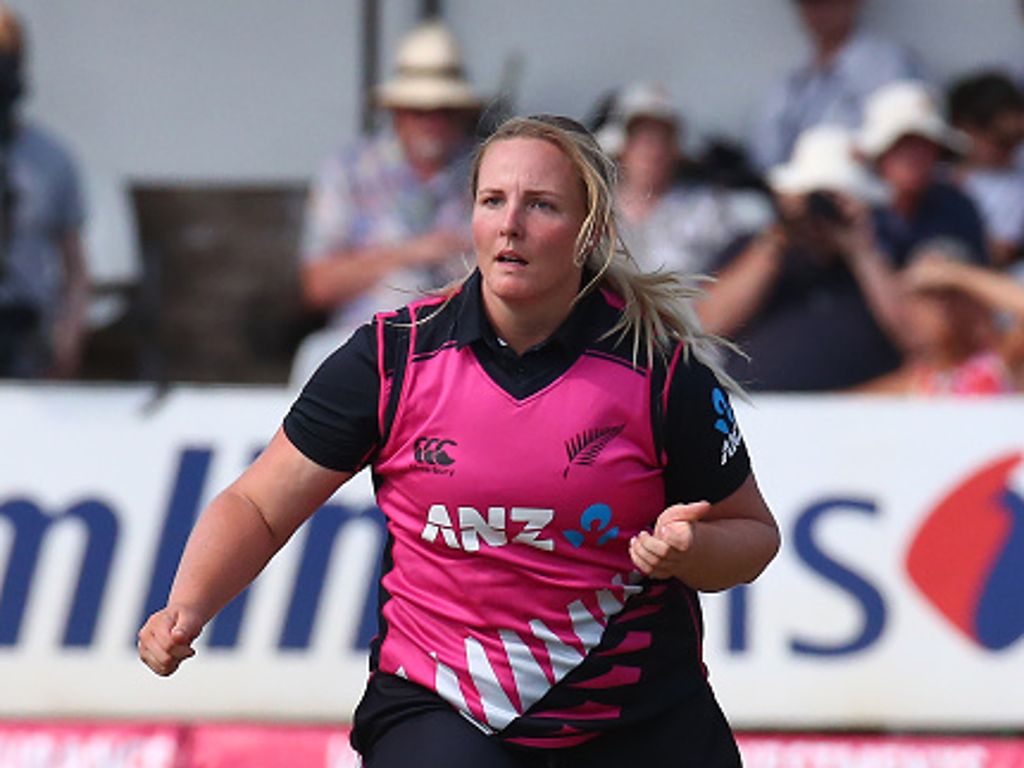 Exciting young Central Hinds all-rounder Jess Watkin has been offered a White Ferns contract on the back of a sparkling start to her international career.

The 20-year-old from Whanganui is one of four new players offered contracts on this year’s list of 15 – which also includes a first-time offer for versatile Northern Spirit wicket-keeper Bernadine Bezuidenhout.

Watkin and Bezuidenhout both debuted on the recent tour of Ireland and England, where the former was able to cement her place in the WHITE FERNS One Day and T20 side with some impressive performances with bat and ball.

“It really is a dream come true to be offered my first full-time professional contract,” Watkin said.

“Getting a taste of international cricket in Ireland and England left me wanting more and it’s awesome that I’ll now be able to train and play all year round.”

The other two players added to the list from last year are Canterbury Magicians all-rounders Hayley Jensen and Kate Ebrahim, who both made successful come backs to the White Ferns this year.

Those offered contracts have until Monday, August 6, to accept.

The 15 players offered White Ferns contracts for the 2018-19 season, in alphabetical order, are:

Rachel Priest, Thamsyn Newton and Anna Peterson have missed out on contracts after being included last year, while Canterbury’s Erin Bermingham has retired from international cricket.