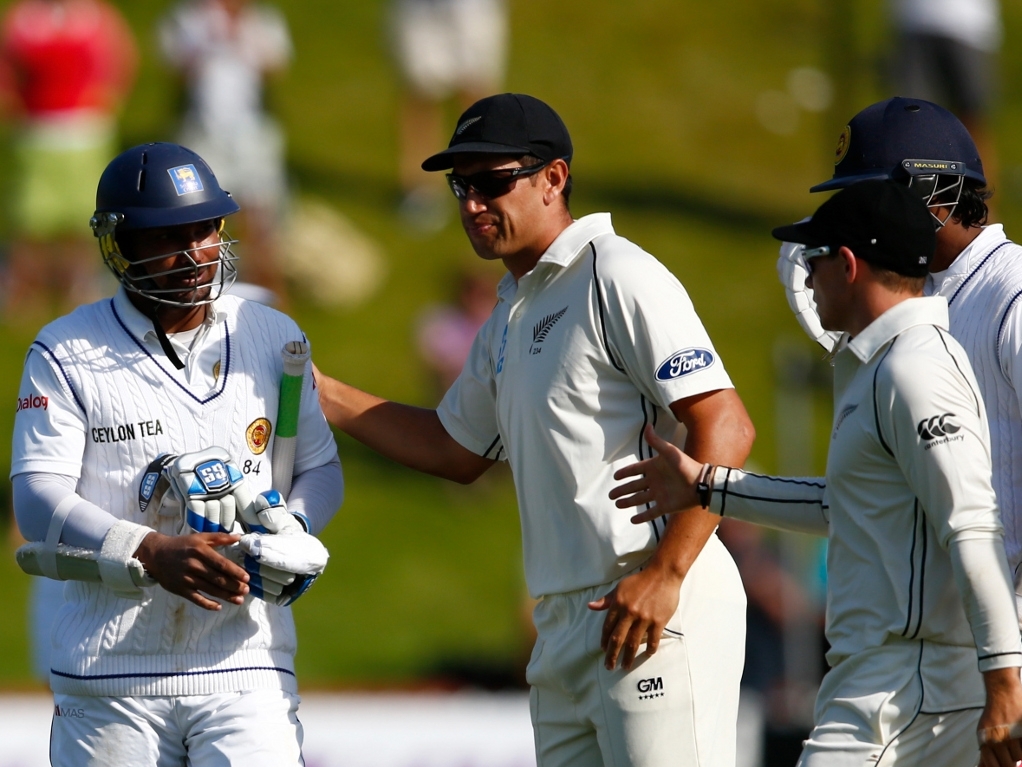 New Zealand wicketkeeper BJ Watling was in awe of Sri Lanka's Kumar Sangakkara in Wellington on Sunday, despite the veteran batsman racking up a double century against the Black Caps, his 11th in Tests.

Sangakkara made 203 as his side recovered from 78 for five at the start of the day and ended up putting on a 130-run stand with Dinesh Chandimal. While WAtling felt the bowling was below par, he gave credit to Sangakkara's effort.

Watling said after stumps on day two: "We were pretty disappointed with that first session to not break that partnership, but they both played pretty well.

"We weren't as disciplined as we should have been. With Kumar and Dinesh there were knew it wasn't going to be easy and it wasn't just going to happen.

"To be fair, Sangakkara played a hell of a knock. He gapped the ball well, waited for the loose balls. With the tail, he faced most of the balls. We couldn't bowl enough to the tail-enders.

"It was a demonstration of how to play from a world-class player."

The keeper hoped that with his side still 10 wickets in hand going into day three that they'd be able to score some good runs, and thought the wicket would remain good for batting.

He added: "As the ball gets older, it's easier to bat. There hasn't been that much swing. It's more the seam, and with the newer ball there's a little bit there. But it's getting easier to bat."