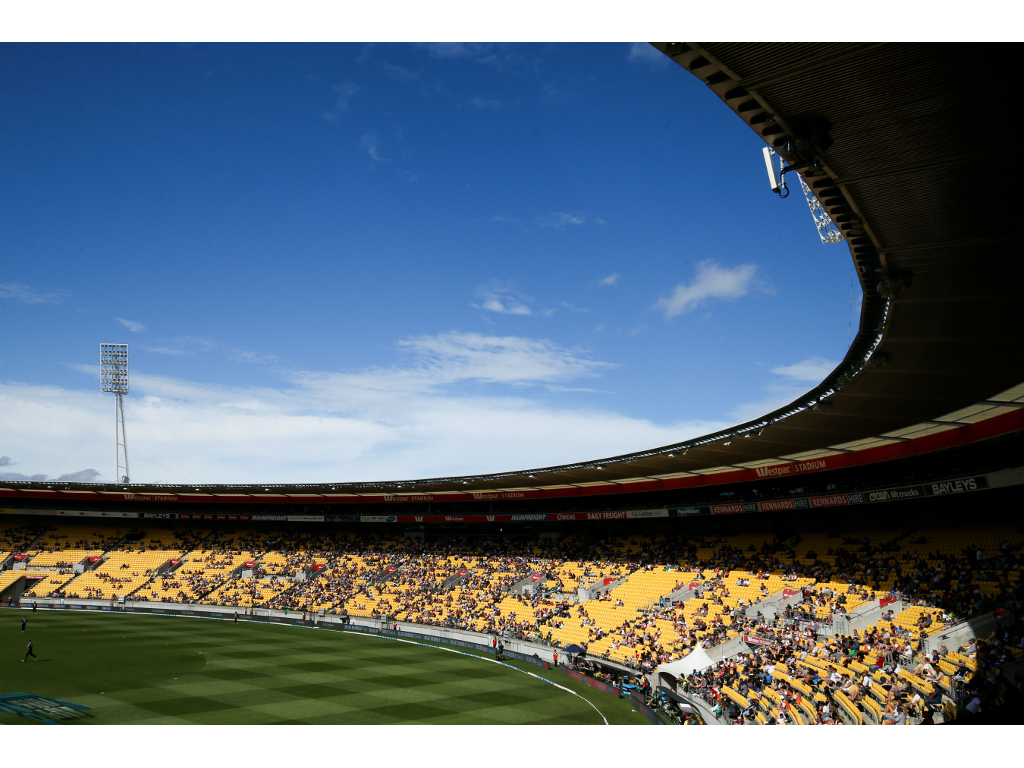 The pitch prepared for the clash between New Zealand And England at Westpac Stadium in Wellington has caused a stir on social media.

Images of the drop-in pitch prepared for the T20I tri-series clash began circulating on social media on February 12.

The pitch has a large patch where there is absolutely no grass at all on the surface while the rest of the pitch has a decent covering of dark brown grass.

There has been no official comment on the surface from either the New Zealand or England camps but we could be in for a very low-scoring contest on February 13th.

Both skippers, Eoin Morgan and Kane Williamson, are in doubt for the clash which is crucial for both sides who have struggled of late but will be eager to force their way into the final to face Australia.

The Aussies secured their place in the Trans-Tasman T20I tri-series final by winning the first three matches of the tournament that were staged in Australia.

Both England and New Zealand are winless so far but the former have played an extra match.

🎙🎥
Word from the camp as captain Kane Williamson and debutant-in-waiting Tim Seifert face the media in Wellington #TriSeries #NZvENG pic.twitter.com/nn9olPJUFr