Home Countries Australia Who’s in the frame to replace Moores?

Who’s in the frame to replace Moores? 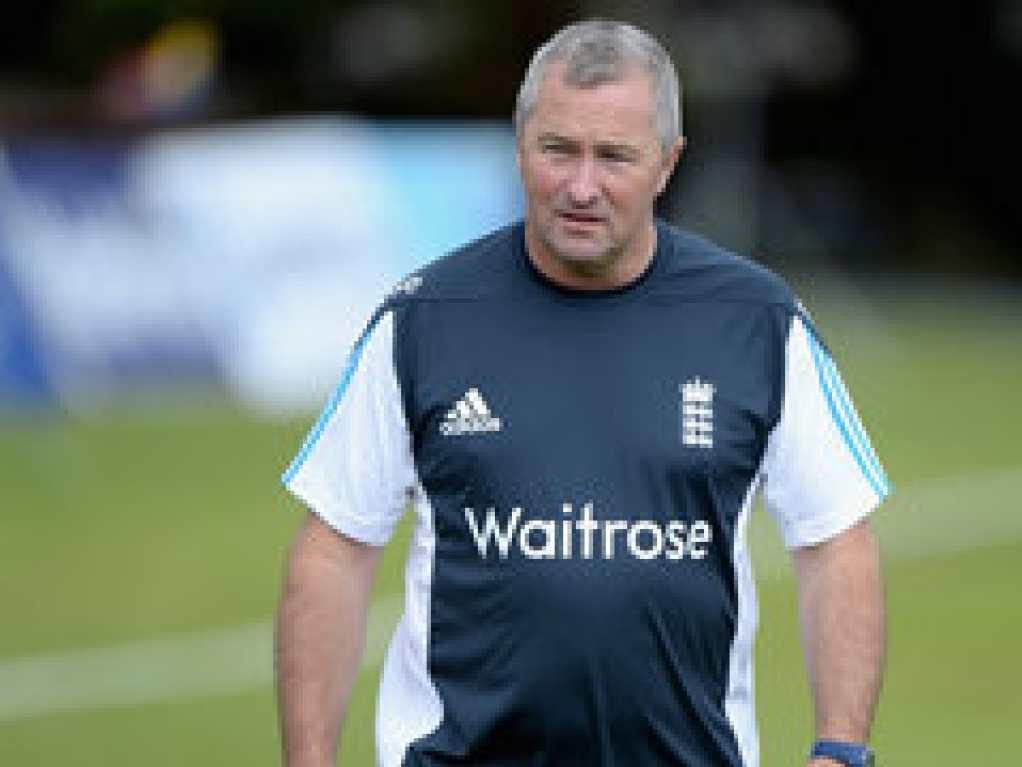 The race to replace Peter Moores is on. Again. Just as it did in 2009, the Moores era has ended with an edifying farce. Back in 2009 the criticisms of the then captain, Kevin Pietersen, were leaked to the press. It got Pietersen fired as skipper but also cost Moores his job.

This time there was another leak, this one informing the press corps while they watched England play Ireland in Dublin that Andrew Strauss had decided to get rid of Moores. Unfortunately no-one told the man concerned.

While yet another leak (although this one did not come from inside the ECB it seems) saw a somewhat shabby end of Moores, it was the right call. While individual players felt that Moores was aiding their games, the team as a whole were tactically naive and struggled to be competitive.

What the ECB had not done when the decision to shed themselves of Moores was made was work out who would replace him.

So who are the men in the frame?

The last time Moores was given the boot his number two took over. While Andy Flower was clearly keen on taking on the big job it seems Paul Farbrace and those in charge do not see him in the role. Strauss has said that he sees Farbrace in the deputy role and the man himself has talked down his chances.

This seems a little unfair on Farbrace, who has a fine record. He was briefly in charge of the Sri Lankan team and brought immediate success with him, including winning the World T20. He has worked with England Under 19s, the Yorkshire Second XI and England’s women’s team. England could do far worse that to give the job to 'Farbie'.

He seems to be the man that England want but both Jason Gillespie and Yorkshire have said that they have had no official contact from England. He has not said he won't take the job, but he has said that 'would certainly take persuading' for him to considering leaving the Tykes. The pay rise would no doubt be appealing but with a young family the idea of 10 months away from home every year will make him think long and hard.

Also, having had such free reign at Yorkshire the decisions that Strauss has already made in regard to captaincy and Kevin may cause him to worry he would be restricted. The Daily Telegraph has reported that Strauss will be making assurances of Gillespie having a free hand, but time will tell if it is enough. For certain, Gillespie’s approach at Yorkshire makes you think he would want to make some changes of this England set up.

There isn't a single coaching job in the world of cricket that hasn't had Stephen Fleming’s name linked to it when it has become available. He is the fabulously successful coach of the IPL’s Chennai Super Kings, cricket’s first and only 'super-club', and whenever there is a post elsewhere his chances are talked up.

He is very well paid for a job that he does only a few months a year and has a brilliant reputation. The question is whether England would want someone with only T20 franchise experience, or whether he would be willing to give up the CSK job for an England post that has the look of a hospital pass about it.

Back when Andy Flower was moved sideways and slightly upwards in the aftermath of England’s Ashes fiasco, Tom Moody didn't rule himself out as England coach. Again, he hasn't said he won't do the job but it is difficult to know if he would be considered by the powers that be.

He is very much 'Team KP', having advocated for his return to the side and also bought him for the Sunrisers Hyderabad IPL franchise. He is currently the Director of Cricket for the Caribbean Premier League and an IPL coach, but having had a long association with county cricket as a player and a coach he knows the English game well. He has the pedigree and experience to do well at the job.

For a while he was considered the favourite for the job and it seems that Strauss called Justin Langer to see if he fancied it. He gave them a firm but polite 'no'. It seems that Langer is happy in Australia and with him being heir apparent to Darren Lehmann as national coach, you can understand why. Langer is as good a coach as exists in the world but the idea of taking on this England job hasn't attracted his interest. He signed a new deal with Western Australia on Tuesday.

It appears that the ECB want a foreign coach so those Englishmen coaching in county cricket are seemingly out of the running. Mark Robinson has had sustained success at Sussex and has been involved with England Lions. Ashley Giles had a somewhat hamstrung period in charge of England’s limited overs sides. Steve Rhodes has done brilliantly with the limited resources at his disposal at Worcestershire.

None of this men have been seriously considered, as is so often the case with England they don't think they will find the answer to any questions they may come across in the shires. Quite why this is the case is difficult to say, but it is unlikely that any English county coaches will get a shot at the big job.

England seem to want a 'name' for coach. Having someone who has some stardust attached to them would certainly go a long way to appeasing fans that are far from happy. But do any of those big names fancy it? The worry for England is that beggars can rarely be picky.