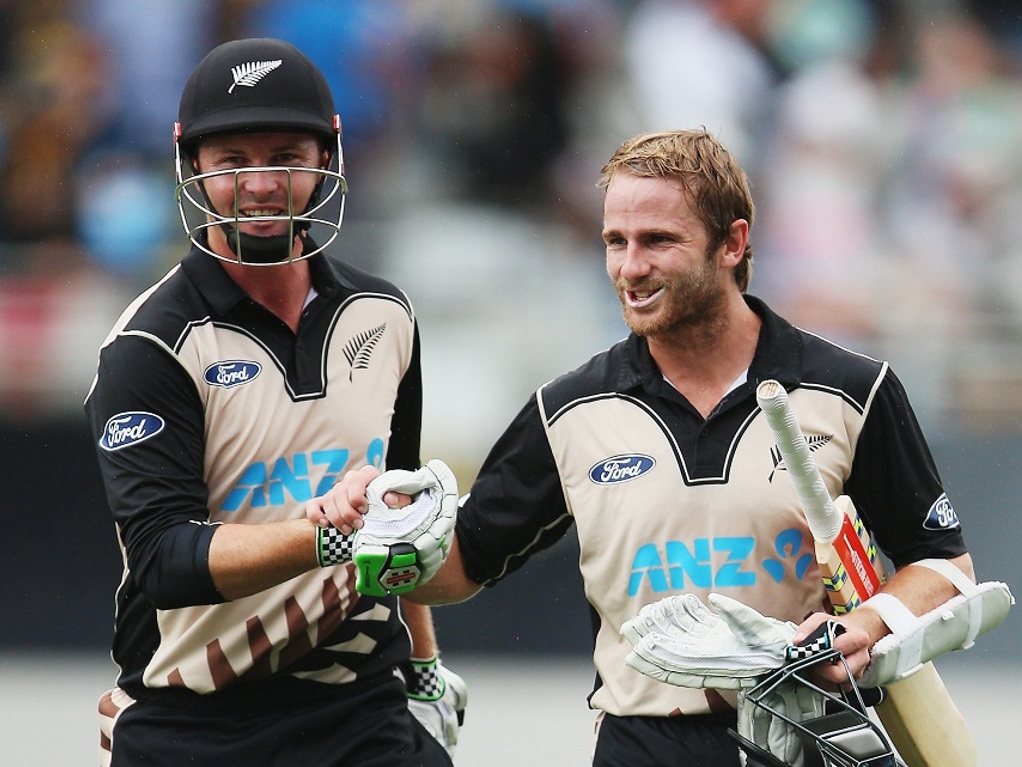 New Zealand captain Kane Williamson may have scored an unbeaten 32 in the second T20 against Sri Lanka, but says he's not even worth a mention when compared to Martin Guptill and Colin Munro.

Williamson was in awe of his team-mates, saying after the match: "I don't think I was in the batting highlights.

"Honestly, it was incredible. I thought it was going to be bit of a scrap. They put up a total that could have been tricky, if they took early wickets.

"Not sure what these two had for breakfast, but it was unbelievable to watch. Guppy [Guptill] has been doing it all summer, and to see Munners [Munro] helping was pretty special.

"It was world-class hitting which we'll only encourage these boys to keep going."

For his part, Munro was happy to show what he could do: "It was good to come here today, and go in with lot wickets in hand, just play with freedom and try to show I can generate a strike rate batting at no. 3."

Williamson added that he was pleased that so many players were showing their worth as teams look towards the World Twenty20 in India in March.

He said: "In T20 you do need to use your squad. We're trying to pick the best 15 for the moment, and give every player freedom to go out and express themselves. You want to pick match-winners, and that's what we've tried to do."