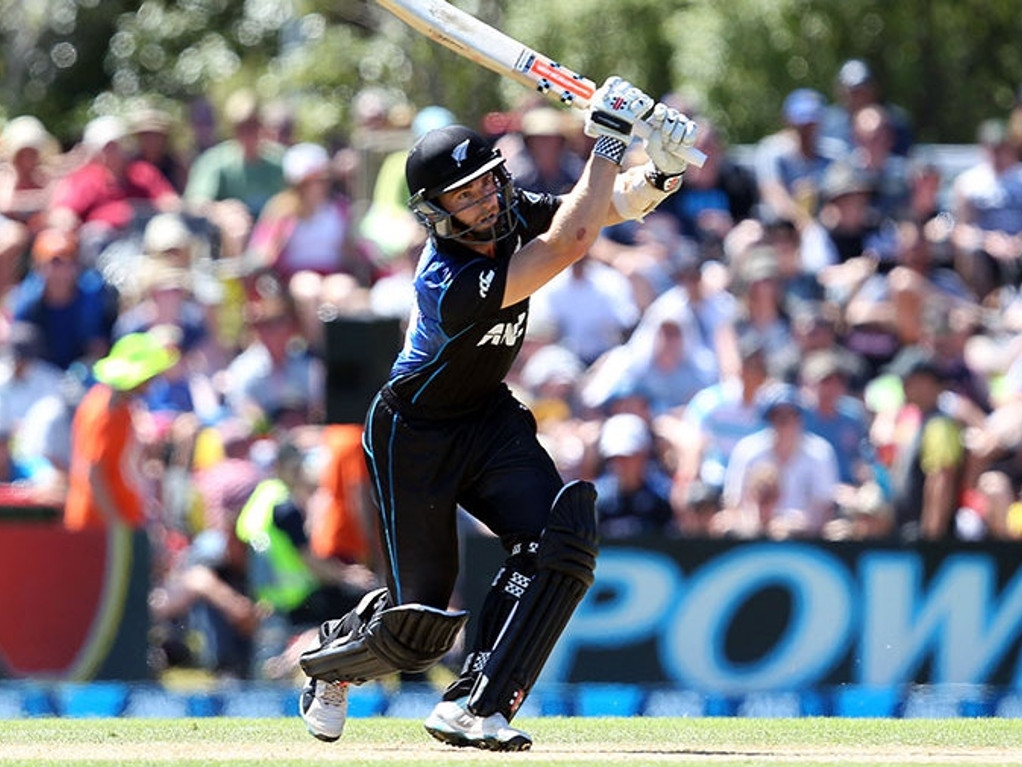 Kane Williamson and Ross Taylor shared in a partnership of 117 for the third wicket that was the cornerstone of New Zealand's 120 run victory over visitors Sri Lanka at the University Oval in Dunedin on Sunday to take an unassailable four-one series lead in the seven-match series.

Williamson and Taylor came together after the early loss of captain Brendon McCullum for a duck in the second over and Martin Guptill, who went for a scratchy 28 in the 14th over.

Initially Williamson and Taylor had to see off the threat of the Sri Lankan bowlers, who were extracting good movement off the pitch. Williamson continued his rich vein of form, he has now scored 241 runs at an average 60.25 in after only playing in four out of the six matches completed in the series.

The 24 year-old Williamson was the first wicket to fall in the partnership when he was unfortunately run out for 97 in the 35th over. Taylor, who made a welcome return to form in this match, also missed out on his ton, falling lbw to Tillakaratne Dilshan for 96 in the 47th over.

At that stage the home side were 281 for five and they loss the quick wickets of Luke Ronchi (13) and Corey Anderson, who went for a 40. The innings received some late impetus from allrounder Grant Elliott who struck 21 of just 14 balls to propel the hosts to 315 for eight in their 50 overs.

In pursuit of the target, Sri Lanka got off to a solid from openers Lahiru Thirimanne and Dilshan who put on 56 in the first 13 over, however they could not sustain that effort, as both men fell in the space of four balls. Number three batsman Kumar Sangakkara showed some fight with good knock of 81 in just 66 balls.

As was the case throughout the series, the visitors could not put big partnerships together as the rest of the order fell away dramatically as they were bowled out for 195 after 40.3 overs. For the Black Caps, all the bowlers did a fine job with Corey Anderson finishing with figures of four for 52 in ten overs.

Sri Lanka have a lot of work to do before the start of the World Cup, which starts in mid-February in Australia and New Zealand, and they would want to start that improvement in the final match of the series, which takes place in Wellington on Thursday.