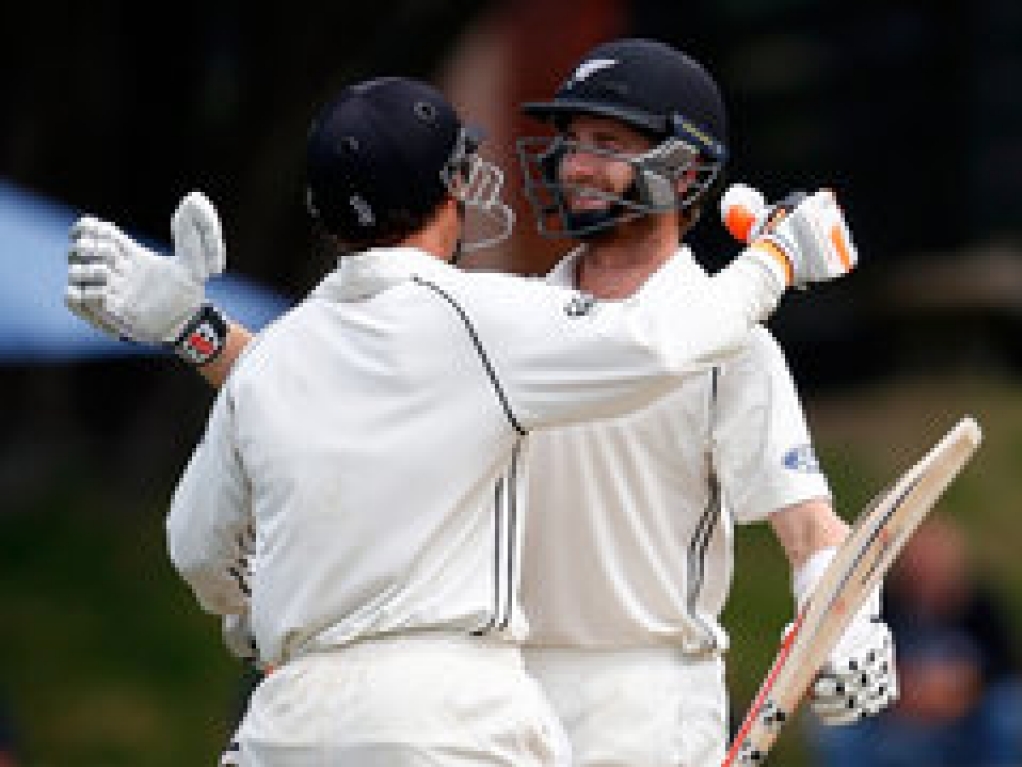 New Zealand batsman Kane Williamson says that finding the right balance between when to attack and when to just bat time was the key to his innings, and world-record partnership with wicket-keeper BJ Watling in the second and final Test against Sri Lanka at the Basin Reserve in Wellington.

Williamson scored 242 not out, and Watling 142 not out, and together they amassed an unbeaten sixth-wicket partnership of 365, as the Black Caps declared their second innings on 524 for five, to set the visitors an unlikely target 390. Sri Lanka ended Day four on 45 for the loss of one wicket.

Williamson and Watling came together with the side in trouble at 159 for five, and the lead only at 24 runs, so they had to juggle there thoughts on when to go for runs to increase the lead and how to preserve there wickets, as to not expose the tail-enders.

Williamson said: "We weren't just batting time today. It was a bit of a balance because we knew that runs were equally as important. We were slightly ahead of their score coming into today, so it was important that we kept our games tight.

"You can't come into the day and assume a big partnership like that will happen. But it was nice to stick together through some tough periods and get some momentum. The runs eventually came more freely and it was nice to do what we did today."

24 year-old Williamson, who notched up his first Test double century, heaped praise on wicket-keeper Watling, calling him a fighter and very hard working behind the scenes.

Williamson added: "BJ is such a fighter in everything he does. He works so hard off the park, and it's just great to see him achieving what he is at the moment. He's certainly a bit of a team favourite, the way he goes about his business.

"The lads really enjoy having him in the team and he leads through his work ethic when he plays."

Looking at the prospects for the fifth day, Williamson is taking nothing for granted, as he feels the pitch is still a good one for batting.

He said: "It's still a very good batting surface.  If we can get a couple early tomorrow, that will put us in a very strong position, but I think patience is key, because it is a good surface."