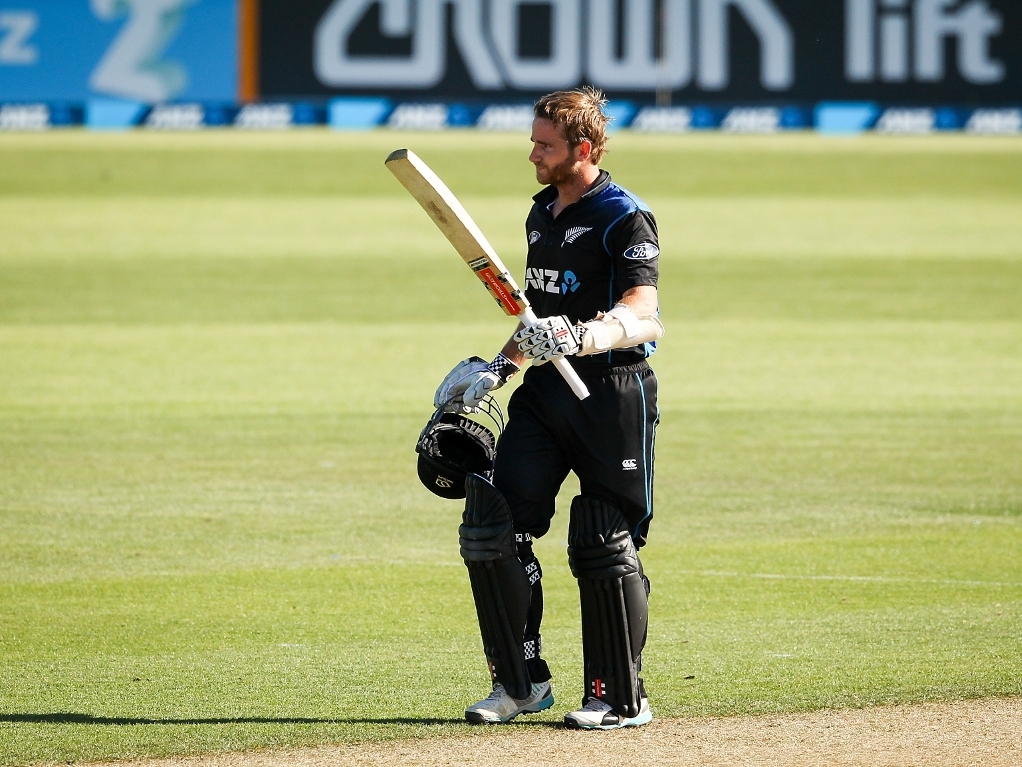 Chasing a somewhat below-par score 277 on a relatively flat pitch, the hosts overcame the early loss of skipper, and inform batsman, Brendon McCullum, who was out in the in the fifth over of the innings, to knock off the runs with 11 balls to spare.

Williamson, batting at number three, also saw the wickets of opener Martin Guptill, who was caught behind off the bowling of Sri Lanka captain Angelo Mathews for 20, and Ross Taylor, who was out to left-arm spinner Rangana Herath for eight.

At this point Williamson, and New Zealand, needed someone to stick around with him to form a partnership to wrestle the intiative back from the visitors.

Williamson found a willing partner in number five batsman Grant Elliott, and together the two set about to rebuild the innings at a good enough run-rate so they do not fall behind in the game. The two put on 88 for the fourth wicket in exactly 17 overs before Elliot fell to the leg spin of Jeevan Mendis, to leave the Black Caps at 151 for 4 in the 33rd over.

All- rounder Corey Anderson knew that one more solid partnership would probably clinch the match, and he duly obliged, as he and Williamson added 79 in just 12 overs.

Anderson was the aggressor in the partnership hitting 47 in just 44 balls, including two boundaries fours and 2 two sixes. Williamson , who was returning after sitting out the last two ODI's with a shoulder problem, brought up his fifth ODI century off 104 balls.

Williamson was bowled by Thisara Perera for 103 in the 44th over, and when Corey Anderson was run-out in the two overs later, there was nervous tension around the ground, as the hosts slipped to 245 for 6.

Wicketkeeper Luke Ronchi eased any nerves though as he smashed 32 in 15 balls, as he and Daniel Vettori, who was unbeaten on seven, guided the home side to an ultimately comfortable victory.

Earlier Sri Lanka slipped from a good post ionposition of 180 for two in the 33rd over, and looking well on course for a score in excess of 300, to collapse to 279 all out. Senior statesmanstatesmen, Kumar Sangakkarra and Mahela Jayawardene both struck half-centuries, but not one of them went on to get the big score needed.

Jayawardene top-scored with an elegant 94 and Sangakkara made 76, whileith the only other batsman to offer anything meaningful was opener Tillakaratne Dilshan with 44.

Fast bowler Adam Milne looked the most impressive of the New Zealand bowlers with figures of two for 28 in seven overs, removing Sangakkara and captain Mathews in successive deliveries to break the back of the Sri Lankan line-up, while Tim Southee took three wickets for 59 in 10 overs.

Left-arm seamer Mitchell McClenaghan took two for 58 in nine overs as the visitors could not cope with the pace and bounce of the hosts.