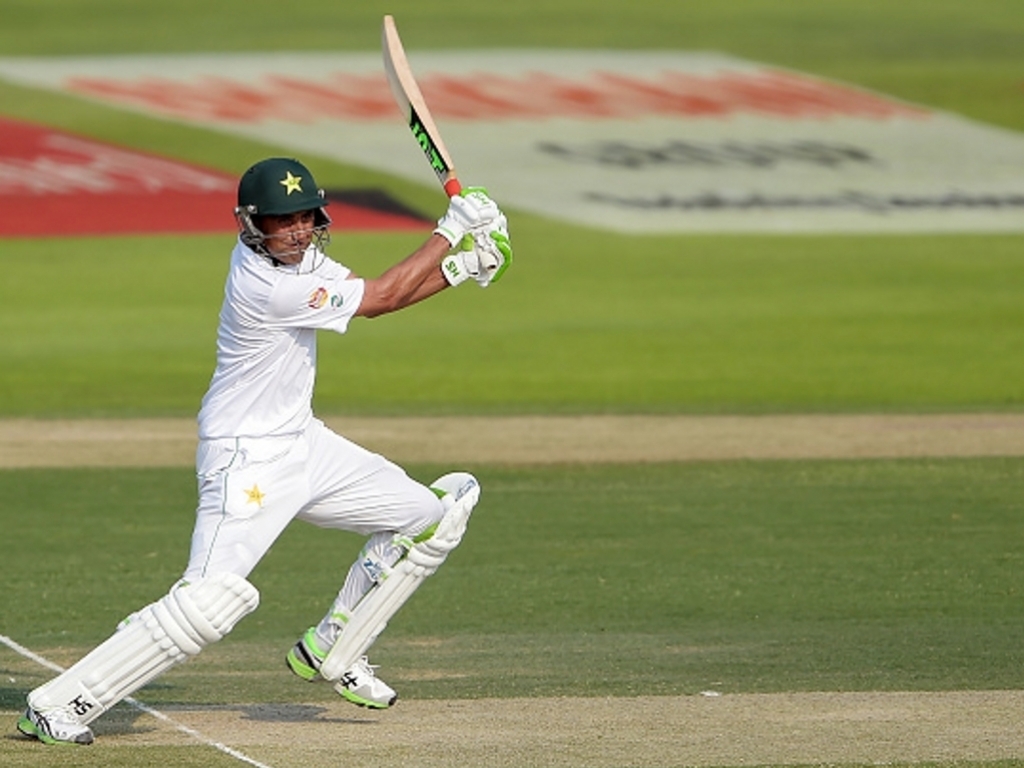 Pakistan batsman Younis Khan has moved up three places to second position in the latest ICC Player Rankings for Test Batsmen following his side’s 133 run victory over the West Indies in Abu Dhabi on Tuesday that has helped them take a decisive 2-0 lead in the three-match series.

The stylish right-hander who had missed the day-night opening Test in Dubai due to an illness, has leapfrogged New Zealand captain Kane Williamson, England batsman Joe Root and South Africa’s Hashim Amla with innings of 127 and 29 not out.

Younis, who claimed number one ranking in March 2009 following his triple century in Lahore against Sri Lanka, hasn’t been ranked as high as second since July 2009.

Younis has been joined inside the top 10 by captain Misbah-ul-Haq, who has gained one place to take 10th position after scoring 96 in his only innings of the match, while Asad Shafiq is the other Pakistan batsman to rise in the rankings (14th, up by two places) following his two half-centuries.

For the West Indies, swashbuckling left-hander Darren Bravo has slipped out of the top 20 but Kraigg Brathwaite has moved up three places to 32nd rank following scores of 21 and 67, while Jermaine Blackwood has gained 11 places to 41st rank following contributions of eight and 95.

England’s engrossing 22-run win over Bangladesh in the opening Test in Chittagong that ended on Monday, has seen wicketkeeper-batsman Jonny Bairstow move up two slots to a career-best 11th place with scores of 52 and 47.

Moeen Ali has also reached a career-high 26th rank as his scores of 68 and 14 have helped him move up two slots.

England’s Ben Stokes won the player of the match award for his performance in the Chittagong Test and this is reflected in the latest Test Player Rankings.

The 25-year-old Stokes, who along with Root and Jos Buttler played in the ICC U19 Cricket World Cup 2010 in New Zealand, has not only gained eight positions to reach 36th in the batting rankings with scores of 18 and 85, but has also moved up four slots to 23rd rank among bowlers after grabbing six wickets in the match.

The New Zealand-born jack of all trades has also reached a career-best fourth rank in the all-rounders’ list after gaining three places and is now just 11 points behind Ali, who is England’s highest-ranked all-rounder in third place.

For Bangladesh, left-handed opener Tamim Iqbal has moved up two slots to reach 24th position with scores of 78 and nine, while debutant Sabbir Rahman has entered the top 100 in 92nd position with innings of 19 and 64 not out.

In the Player Rankings for Test Bowlers, which are led by India off-spinner Ravichandran Ashwin, Pakistan leg-spinner Yasir Shah’s match haul of 10 for 210 in Abu Dhabi has seen him return to the top five.

Yasir, who peaked to the top during the series against England, has joined England’s Stuart Broad in fifth place.

Broad has dropped one place after claiming just two Bangladeshi wickets in Chittagong.

In the latest rankings, Pakistan’s Rahat Ali and West Indies’ Shannon Gabriel have achieved career-high rankings, while Bangladesh’s Mehedi Hasan has entered in 61st position after figures of six for 80 and one for 58 on his debut which came eight months after he helped Bangladesh finish third in the ICC U19 Cricket World Cup 2016.

Rahat took four wickets in Abu Dhabi which has help him rise four places to 31st, while Gabriel’s five for 96 and one for 36 have given him a lift 10 places to occupy 38th position.