Wagner slices through Windies in Wellington 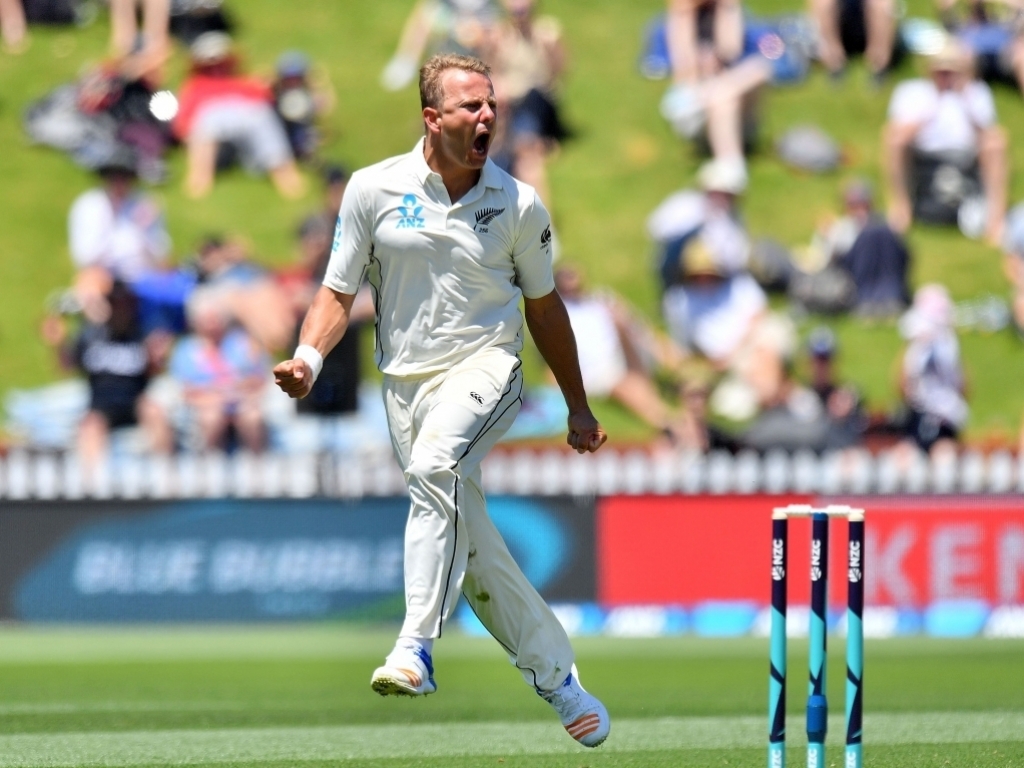 Seamer Neil Wagner took career-best figures as New Zealand enjoyed the better of the first day of the first Test against the West Indies at the Basin Reserve in Wellington on Friday.

Left-arm pacer Wagner finished with 7-39 in 14.4 overs as the hosts bowled the Windies out for just 134 after Kiwi captain Kane Williamson won the toss and sent the tourists in to bat.

The Black Caps were 85/2 at the close and will look to press home their advantage on the second day.

The visitors will be bitterly disappointed with their batting efforts especially after openers Kraigg Brathwaite (24) and Kieron Powell (42) gave them a solid on a green pitch, putting on 59 for the first wicket.

Wagner however changed tactics and employed the short ball to good effect, bouncing out several of his victims in a ferocious spell just before lunch where he got rid of Brathwaite, Shimron Hetmyer (13) and Shai Hope (0).

Boult got rid of Powell and eventually, the left-arm swing bowler eventually finishing with 2-36 in 16 overs.

The home side also had a good start with the bat as Tom Latham and Jeet Raval put on 65 for the first wicket.

Windies captain Jason Holder made the breakthrough, getting rid of Latham for 37 while Kemar Roach captured the big wicket of Williamson (1) when he got the Black Caps’ skipper to cut a ball straight to gully.