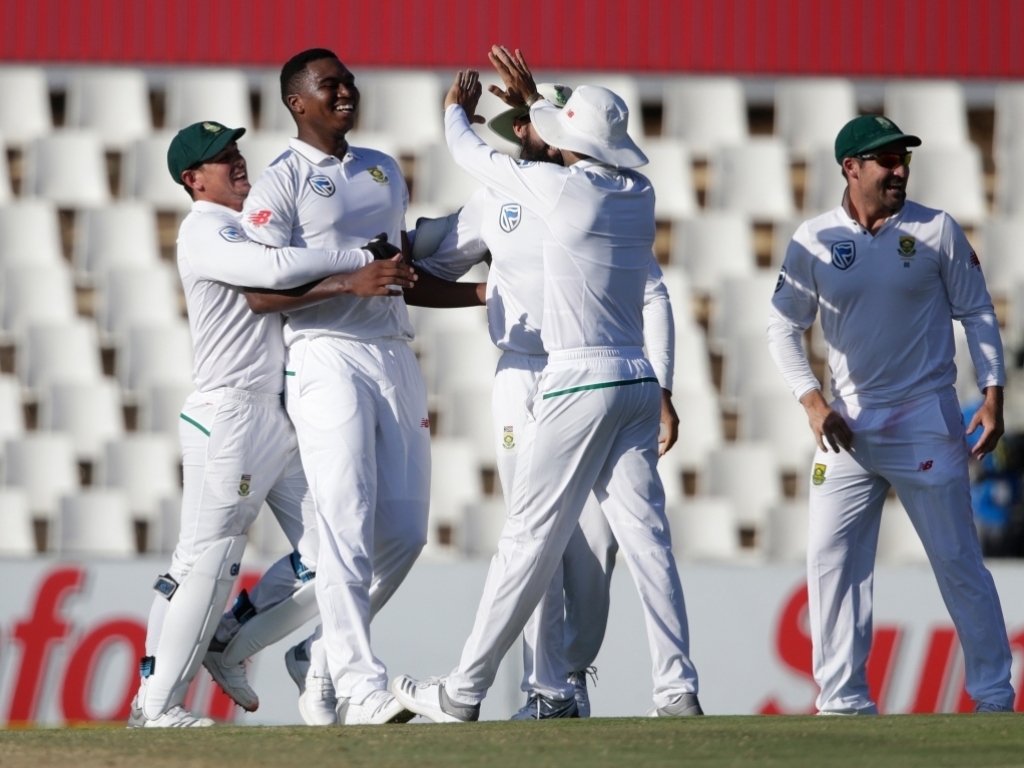 South Africa are seven wickets away from clinching the Test series against India after reducing the visitors to 35/3 at stumps on day four of the second Test in Centurion on Tuesday.

After setting India a record target of 287 on a difficult pitch, the Proteas got three scalps in the final session with debutant Lungi Ngidi bagging two and Kagiso Rabada taking the other one.

Rabada started the rot as he bowled opener Murali Vijay (9) with a ball that kept low and came off the inside edge onto the stumps.

Lokesh Rahul (4) though will be most disappointed with his shot as he cut Ngidi straight to Keshav Maharaj at backward point to leave the tourists struggling on 16/2.

Ngidi then got the big fish of Virat Kohli, trapping the India captain plumb in front for just 5 to leave the visitors reeling at 26/3.

Kohli, who batted masterfully in the first innings to score 153 in a total of 307, reviewed the decision but it was more out of desperation and replays showed that he was hit in front of middle stump.

India still require another 257 runs to level the series with one match left to play but the home team will be confident of wrapping things up on the fifth day.

Earlier, AB de Villiers made his way to 80 and Dean Elgar scored 61 as the hosts were bowled out for 258 to set India a score that has never been chased in a Test at Centurion.

Captain Faf du Plessis contributed a patient 48 while seamer Mohammed Shami was the pick of the bowlers for the visitors with figures of 4-49 in 16 overs.