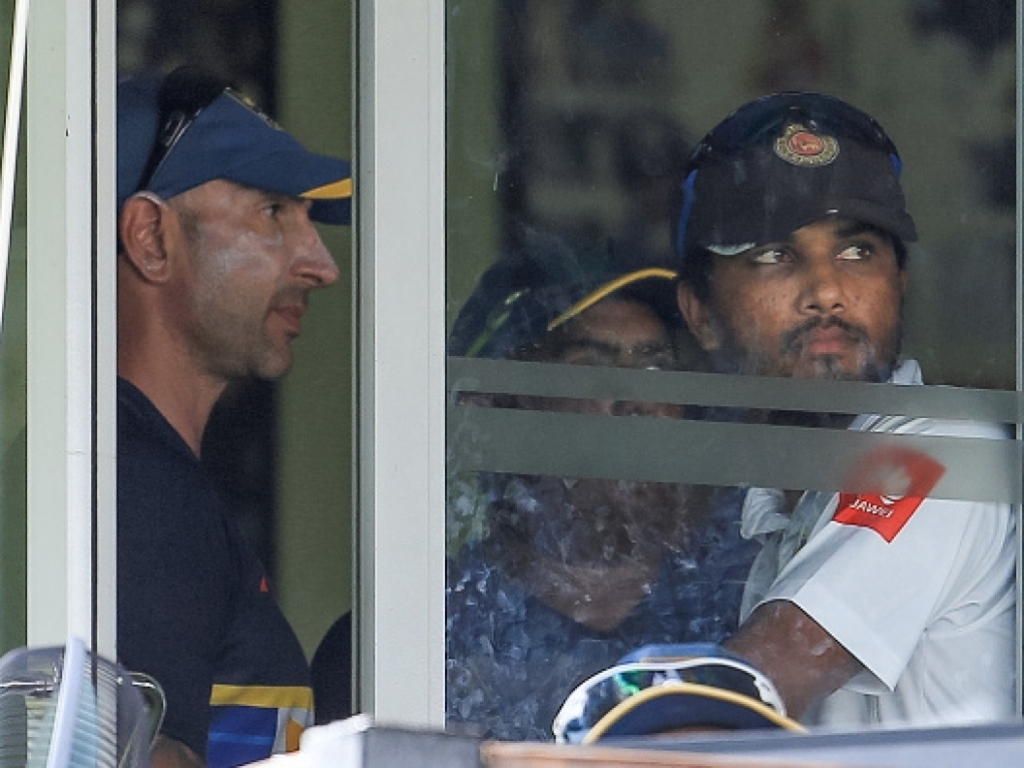 Sri Lanka’s interim coach Nic Pothas admits he was concerned by the batting collapse on the final day of the first Test against India in Kolkata but will take the positives from the first four days of the game.

The visitors were three wickets away from an embarrassing loss as they reached 75/7, chasing a target of 231, when bad light saved them in the first game of the three-match series.

Sri Lanka though were on top for most of the game at Eden Gardens after they dismissed the hosts for just 172 in the first innings.

But the home side fought back after conceding a 122-run and almost pulled off an unlikely win.

REPORT: Sri Lanka escape with a draw in Kolkata

Pothas believes this series as well as the home series earlier in the year against the same opposition, where India whitewashed the hosts three-nil, will make Sri Lanka a better team.

A former South Africa international wicketkeeper, Pothas said: “I think there always are concerns if you lose seven wickets. That’s going to be a concern for any team.

“But you look at three very good quicks, you’re going to be under pressure, but the more often you play, [the better you will get at handling it.]

“I think these two series back-to-back against India is going to be the making of the Sri Lankan team in the future, because if you play against quality under pressure you become better.

“So yes, it’s a concern but I’m more excited about how we fought and came out the other end. Actually, you’re looking at one day or a couple of hours of cricket; I’m looking at four days of cricket where we played very good cricket.”

The second Test between India and Sri Lanka starts in Nagpur on Friday.