Olivier gives Proteas a sniff of victory against Pakistan 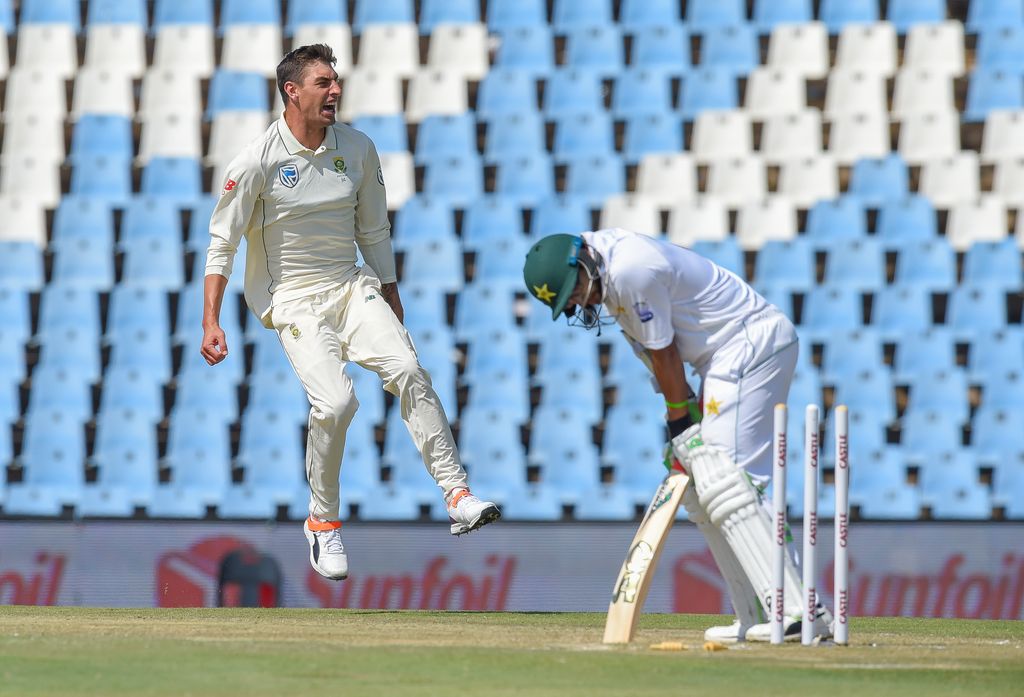 Duanne Olivier completed an 11-wicket haul in the match against Pakistan as 15 wickets again fell on the second day of the first Test in Centurion on Thursday as the Proteas sniff a victory on the third day.

Nine of those wickets fell in the final session of play for just 90 runs as Pakistan were bowled out shortly before the close, leaving the the hosts a target of 149 runs on what seems certain to be the final day on Friday.

This was as a result of the Proteas taking a lead of 42 runs on the first innings thanks to Temba Bavuma’s half-century (53 off 87 balls) and 45 from Quinton de Kock which could have been a lot more had he not run out of reliable partners.

Bavuma has become a key member of the Proteas batting line-up, particularly when the pressure is on.

The Proteas would have been happy to have scored 96 in the morning session even if it came at the cost of their remaining five first innings wickets.

Then Pakistan looked as though they would set the Proteas a very tough target as opener Imam-ul-Haq (57) and Shan Masud (65) shared a second wicket partnership of 57 that took Pakistan to 100/1 at the tea interval.

As has been the case so often in this match it was Olivier who started the collapse by dismissing Imam and Pakistan’s senior batsman, Azhar Ali, in the space of four balls, thus opening up the rest of the order.

Shan continued to fight until he was 9th man out but nobody was able to hang around with him for any length of time.