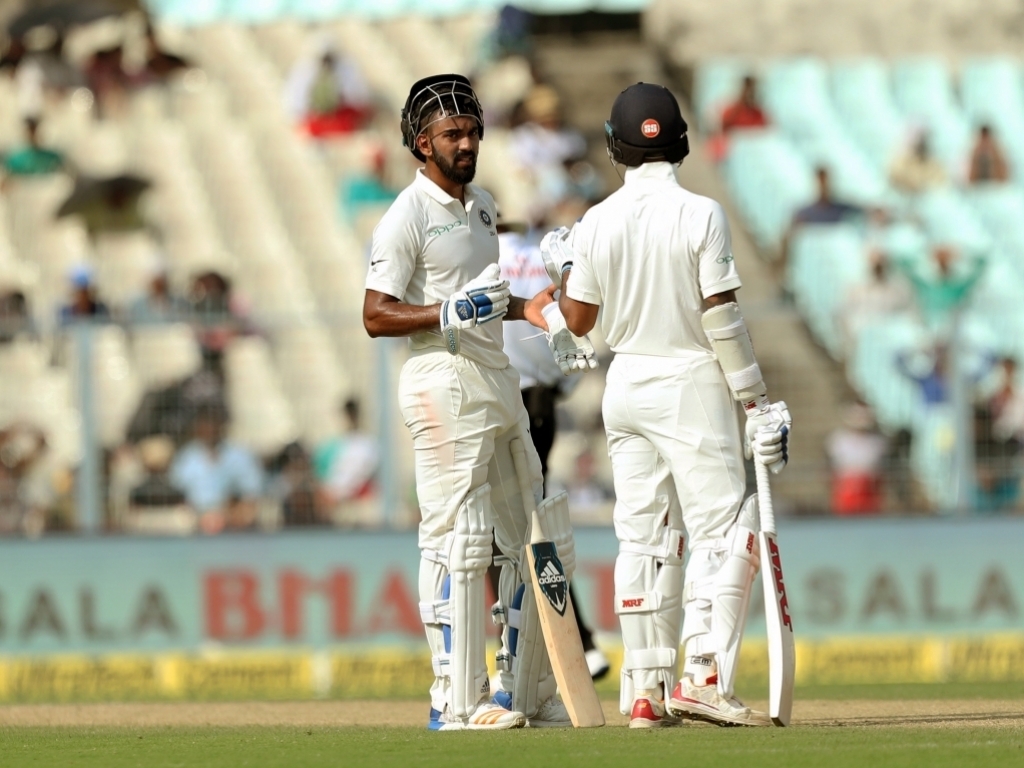 India openers Shikhar Dhawan and Lokesh Rahul staged a fightback for the hosts in the first Test against Sri Lanka at Eden Gardens, the home side reaching 171/1 at stumps on day four to take a lead of 49 into the final day.

After bowling Sri Lanka out for 294 in the second session of the penultimate day, India conceded a deficit of 122 on the first innings and needed their opening pair to start strong.

That is just what the home side got as Dhawan (94) and Rahul (73 not out) put on 166 for the first wicket until the stand was broken by seamer Dasun Shanaka late in the final session.

Rahul and Cheteshwar Pujara (2 not out) will resume for India on the final morning hoping to avoid a collapse that may give Sri Lanka a sniff at victory in the first game of the three-match series.

Sri Lanka resumed day four on 165/4 hoping to build a substantial lead to put the hoe team under pressure after rain and bad light took a lot of time out of the game on first three days of the Test.

The tourists though lost six wickets for the addition of 129 runs on day four as the pitch continued to offer assistance to the seam bowlers.

Visiting captain Dinesh Chandimal made his way to 28 while Niroshan Dickwella struck an entertaining 35 but it was tail-ender Rangan Herath that frustrated the India attack with a valuable 67 batting at number nine.

Seamer Bhuvneshwar Kumar was pick of the home side’s bowlers with figures of 4-88 in 27 overs while fellow pacer Mohammed Shami took 4-100 in 26.3 overs.

India were bowled out for just 172 in their first innings with Pujara holding the innings together with 52 while pacer Suranga Lakmal took four wickets for Sri Lanka in the first innings of the match that ended on day three.