Gibson: We expect home pitches to favour our team 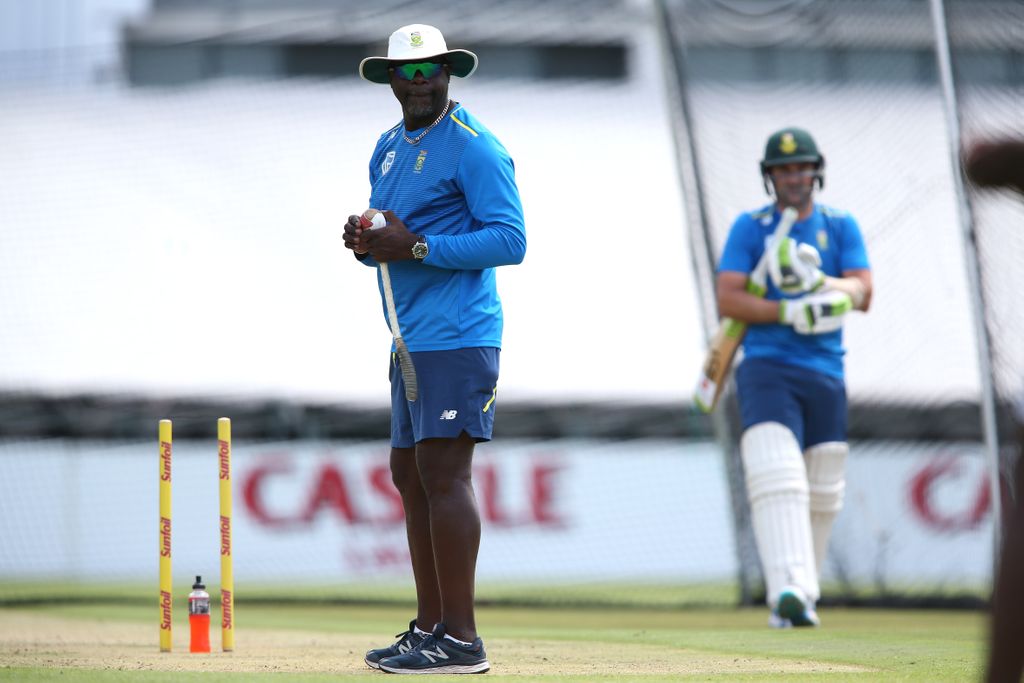 Proteas coach Ottis Gibson feels there is nothing wrong with surfaces favouring the home team until the ICC step in and asks for pitches to be standardized around the world.

Gibson was speaking after the pitches for the first two Tests against Pakistan in Centurion and Newlands came in for heavy criticism from visiting coach Mickey Arthur.

Arthur’s argument was that both surfaces were to inconsistent on the first and second days and favoured the pace bowlers to much.

However, Gibson said all they want from the pitches in South Africa is to favour the Proteas’ strengths, which is their pace bowlers, and gave examples of when they tour how much the wickets favour the hosts.

Gibson said: “I don’t prepare the pitch, but we expect home pitches to favour our team.

“If you get pitches that suit your attack, every other country does it.

“Therefore we will continue to do it, until the ICC says to everybody ‘this is the standard pitch you prepare for Test cricket’, and everybody plays on it and it’s a level playing field for everybody.

“But at the moment, when you go away from home, you take what you get. We did that in Sri Lanka and it wasn’t nice. It wasn’t comfortable and we lost horribly.”

Another concern for Arthur around the state of the pitch at Newlands was how many times the match had to be stopped after a batsman got hit on the body.

Gibson though certainly doesn’t feel the pitch in any of the two Tests was dangerous, saying batsmen have been taking blows in Test cricket for many years.

The Proteas mentor said: “Guys have been getting hit in Test cricket for years and guys got hit off the length back then too – and they showed some character and some courage and stuck it out.

“Faf [du Plessis] got hit but he stuck it out and got a hundred.”

The final Test of the series takes place in Johannesburg starting on Friday with the surface certain to be a talking point.