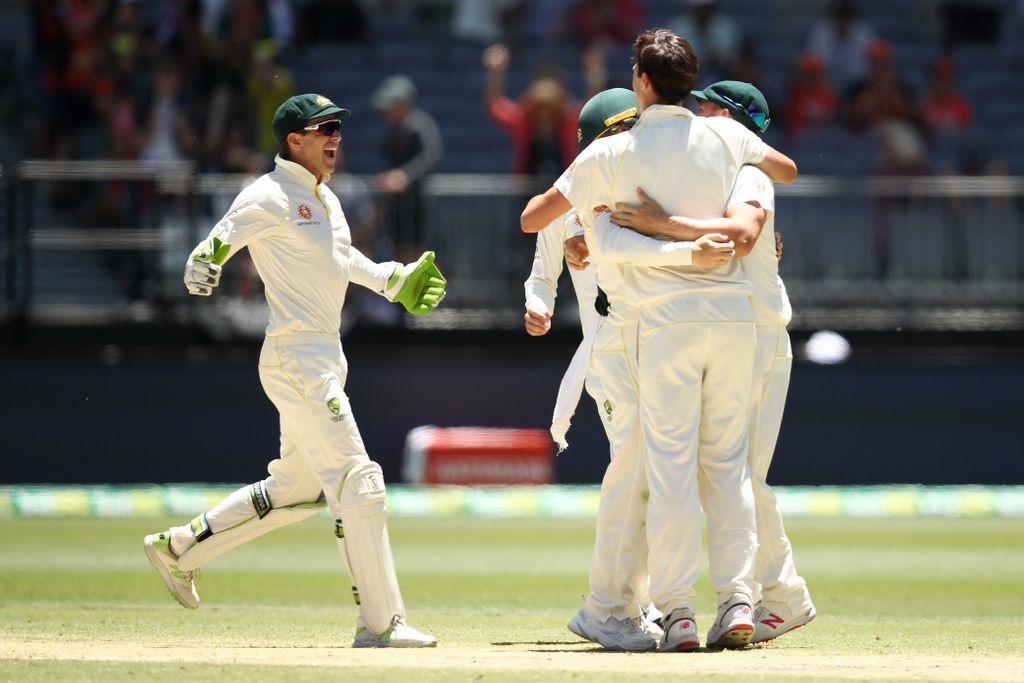 Australia captain Tim Paine spoke of his relief after his team completed their first Test victory in 10 months when they beat India by 146 runs in Perth on Tuesday to level the four-match series at 1-1.

The Aussies took the remaining five wickets on the final day to complete a routine win, their first since March this year when they beat South Africa in Durban.

The victory was also significant as it was Paine’s first as captain, in five Tests in charge, and it was also Australia’s first success in the longest format since the sandpaper scandal in South Africa.

Paine, who took over the captaincy from the suspended Steve Smith and saw his side lose the first game against India in Adelaide, said the win against the number one ranked team in the world will give his team huge confidence going into the remaining two Tests.

The Aussie skipper said: “I am relieved, personally. It’s been hard work. The first two Tests of this series have been really, really tough.

“Both teams have outstanding fast-bowling attacks. It’s been a really bruising Test match to be honest. I think, we have touched on before, we have some really inexperienced players in terms of Test matches played.

“To get a win like that against the best team in the world is going to give them a huge boost of confidence, no doubt.I think there were a number of things.”

With both bowling attacks in outstanding form, Paine singled out his batsmen for special praise on what was a tricky pitch at the new Perth Stadium that was hosting a Test for the first time.

Paine went on: “Going right back to day one when we won the toss and batted, I thought the way (openers) Finchy [Aaron Finch] and Marcus Harris played in that first session, to put on 112, looking back now was critical.

“It allowed us to get a 300-plus score in the first innings. From that moment I felt we were always just ahead in the game, and only needing a partnership or a wicket to continually stay in front.

“I thought the way they set us up was outstanding, then Nathan Lyon’s bowling in the first innings was, again, unbelievably good. Obviously you want to start games well.

Momentum is obviously huge in cricket and when you have got it you have got to make the most of it, I am really proud of the way we stuck at it, I think the game tightened up at certain stages and then we stuck to our guns and delivered our skill really well under pressure at times and were managing to keep eking ahead in the game, against a team that’s as good as India that’s really pleasing for our side.”

The third Test starts on Boxing Day in Melbourne with the series concluding with the traditional New Year’s Test in Sydney.