Pakistan bowlers get good workout ahead of SA Test series 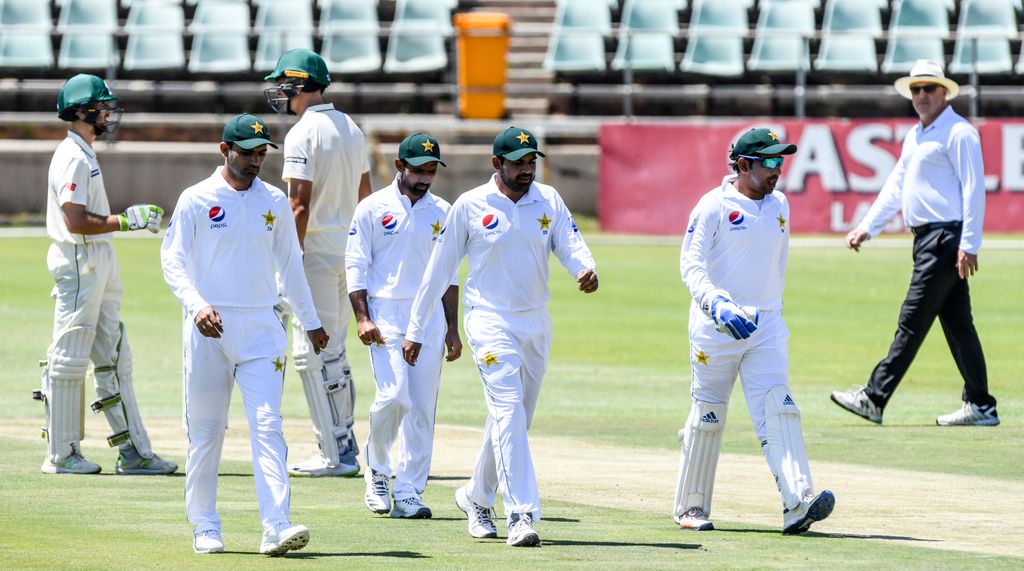 Pakistan’s bowlers got a good workout on the first day of their three-day tour game against a young Cricket South Africa (CSA) Invitational XI in Benoni on Wednesday.

With the first Test against the Proteas starting on Boxing Day, the Pakistan bowlers got good miles in their legs as the home side reached 318/7 before declaring their innings late in the day.

The touring team then went to stumps on two without loss after three overs with openers Imam-ul-Haq and Fakhar Zaman getting to the close without any alarms.

CSA Invitational XI captain Marques Ackerman had earlier won the toss and elected to bat first with the home side given a good start by openers Neil Brand and Joshua Richards, who added 87 for the first wicket.

Matthew Breetzke made his way to 24 before he fell victim to the left-arm spin of Haris Sohail with Richards falling two runs short of his century when part-time spinner Azhar Ali snapped him up.

At 203/4, the home side, who were made up of promising young players on the fringes of their domestic franchise teams, could easily have folded but Ackerman proceeded to hit a ton, ending on 103 not out before the declaration.

Pakistan’s four main seamers all got through a decent amount of work with Amir taking 1-87 in 13.3 overs while Shaheen Afridi went wicketless in his 13 overs.

Mohammad Abbas and Yasir Shah did not bowl in the first innings of the game but might still get some overs under the belt in the second innings if they need to.

This is Pakistan’s only warm-up game before the three-match Test series against the Proteas.