Pakistan fight back hard in final session at the Wanderers 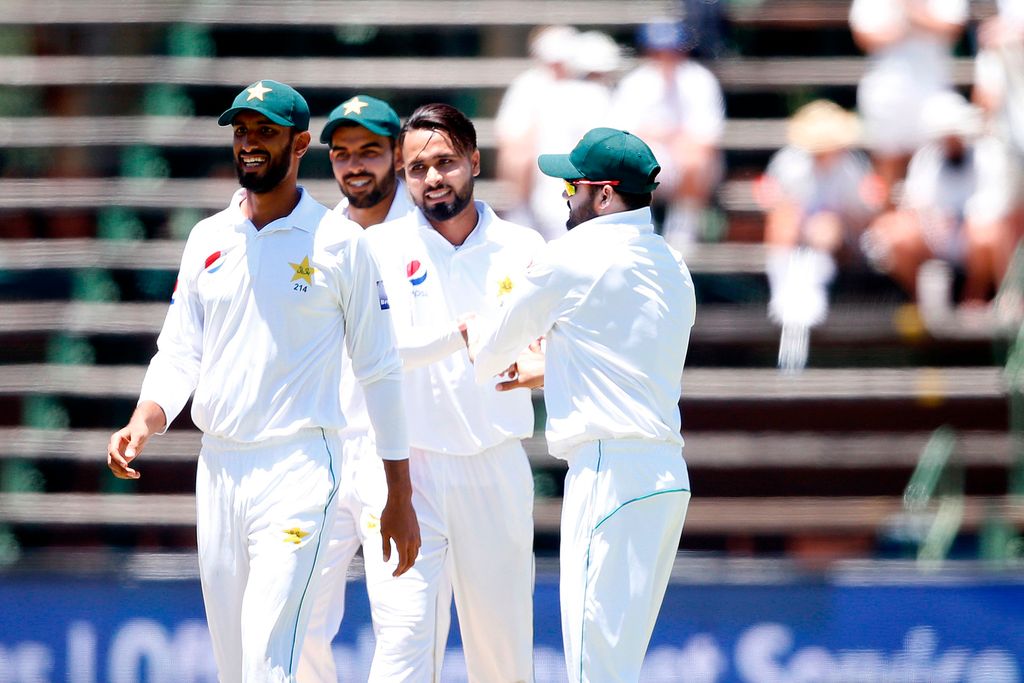 Pakistan produced an inspired spell of reverse swing bowling in the period immediately after the tea interval to tear through the Proteas middle and lower order on the opening day of the final Test at the Wanderers on Friday.

The Proteas, having won the toss on a good batting strip, enjoyed two sparkling sessions of confident and productive strokeplay as they reached 226/3 at the tea interval.

But everything changed when Mohammed Abbas and Mohammed Amir led the way as the Proteas were sent packing for 36/7 in the space of 19.4 overs.

The pair had carried the Pakistan attack all day but they finally got the support they needed from Hasan Ali and Farheem Ashraf which was particularly important after Amir left the field, having turned over his left ankle.

But that was not the end of the drama as Pakistan in turn lost the key wicket of Shan Masood, their most consistent batsman in the series to date, and then their most experienced player, Azhar Ali, to put Vernon Philander on a hat trick.

On his previous Test at the Wanderers he had had a spell of 6.3 in 5.2 overs.

However, Pakistan survived to the close without further loss on 17/2 and the onus is now on their batsmen to at least keep them on level terms or preferably turn their bowlers’ efforts into a significant advantage.

The Proteas had dominated the first two sessions with Aiden Markram and Hashim Amla being mainly responsible for their scoring 108 for the loss of Dean Elgar and then a further 118/2 in the second session.

Markram and Amla shared a second-wicket partnership of 126 which improved on the previous record against Pakistan, set by Amla and Elgar in the first Test of the current series.

There was a further partnership of 75 for the fourth wicket between Theunis de Bruyn and debutant Zubayr Hamza as the Proteas scored at almost four to the over throughout the first two sessions. Remarkably, the Proteas hit 20 boundaries and a six in the afternoon session.

Markram was as impressive as he had been at PPC Newlands and seemed certain to score his fifth Test century until he was unluckily caught down the leg side when 10 runs short (90).

Amla, De Bruyn and Hamza all got into the 40s but much more was needed from these batsmen when well set.

Nine of the 10 Proteas wickets were shared by the four seamers with Farheem (3/57) having the best return although Abbas and Amir were the most impressive.