Home Countries Pakistan hit back at Proteas after Steyn’s milestone

Pakistan hit back at Proteas after Steyn’s milestone 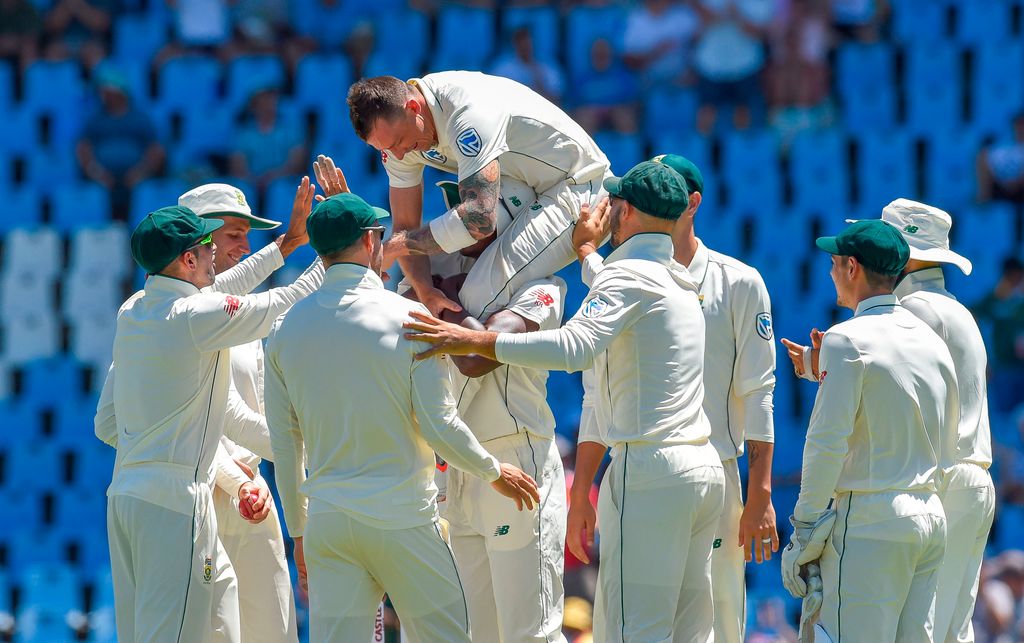 Dale Steyn duly took outright possession of the South African leading wicket-taker list; Kagiso Rabada moved joint top of the calendar year leading bowling statistics with Sri Lanka’s Dilruwan Perera on 49 dismissals in 2018; and Duanne Olivier took a career best 6/37 to get the Test series between the Proteas and Pakistan off to an action-packed start on Wednesday.

And that was by no means the summary of the action. In the midst of this bowling success Babar Azam played a superb run-a-ball innings of 71 for Pakistan that included a crucial stand of 67 for the ninth wicket with Hasan Ali (21 not out).

And then Pakistan’s attack proved equally effective as they had the Proteas in huge trouble at 43/4 that included the loss of 3 wickets in 11 balls without a run being scored before they recovered to 127/5 at the close for a deficit of just 54 runs.

On balance the Proteas are probably slightly ahead as they still have Temba Bavuma at the crease with Quinton de Kock also left of their specialist batsmen.

In Pakistan’s favour is the fact that the Proteas will have to bat last on a pitch that has reaped 15 wickets on day one.

Both the bounce and the pace of the pitch are variable and this has made the batting task increasingly more difficult.

Olivier gave a classic fast bowling display, using a short-pitched attack to catch most of the Pakistan batsmen on the crease.

In the circumstances Babar’s contribution was equally the match of that of Olivier.

He played a truly commanding innings, studded with impressive cover drives, square cuts as well as vigorous pulls through the midwicket area.

His innings reached a climax when he took 9 boundaries in 3 overs from Steyn in mid-afternoon and it is not often that South Africa’s champion is treated like that.

But the day will always be remembered for Steyn’s record moment which has been delayed for two years by a succession of injuries.

Having Steyn and Rabada fit and firing together is a priceless advantage the Proteas can take forward into the future.