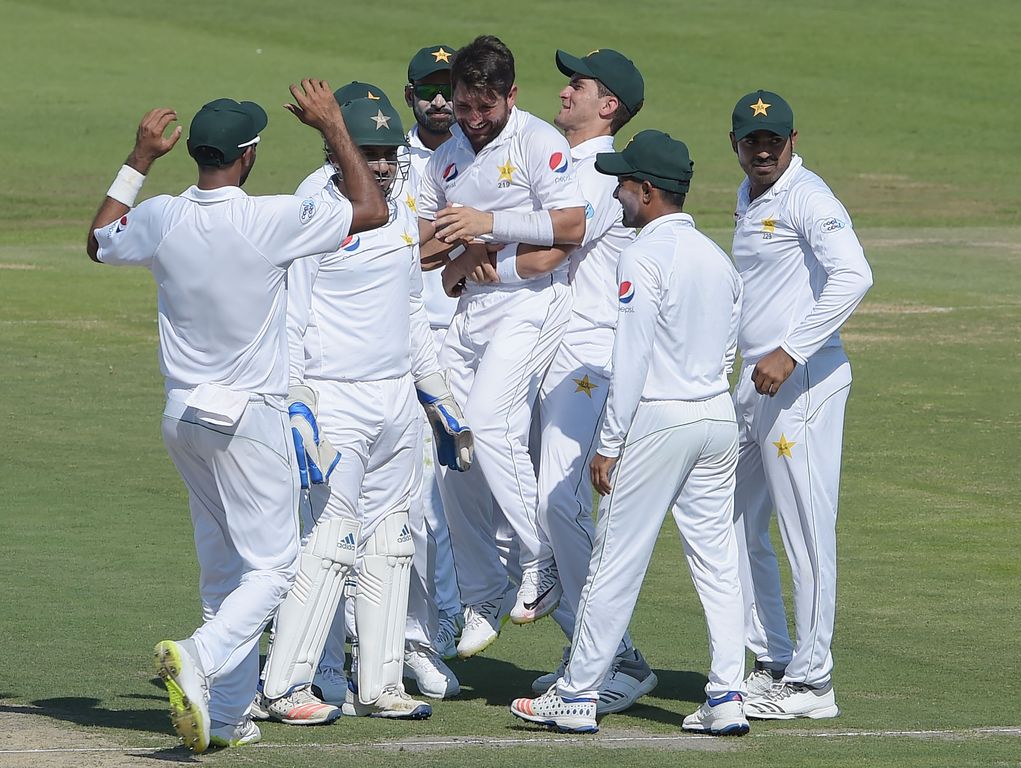 Yasir Shah took three wickets as Pakistan hold sway at stumps on day one of the third and deciding Test against New Zealand in Abu Dhabi.

New Zealand, who won the toss and opted to bat first, were 229/7 at stumps.

Leg-spinner Yasir, who took 14 wickets in the previous game that Pakistan won, again had the tourists in a spin as he dismissed Jeet Raval (45), Ross Taylor (0) and Henry Nicholls (1).

The Black Caps slumped to 72/4 but staged somewhat of a recovery thanks to captain Kane Williamson (89) and BJ Watling (42 not out).

The duo added 104 for the fifth wicket until seamer Hasan Ali broke the stand when he got the New Zealand skipper 11 short of his ton.

Off-spinner Bilal Asif then got into the action when he dismissed Colin de Grandhomme (20) and Tim Southee (2).

At 209/9, the Kiwis were in strife but debutant William Somerville (12 not out) kept Watling company until the close.