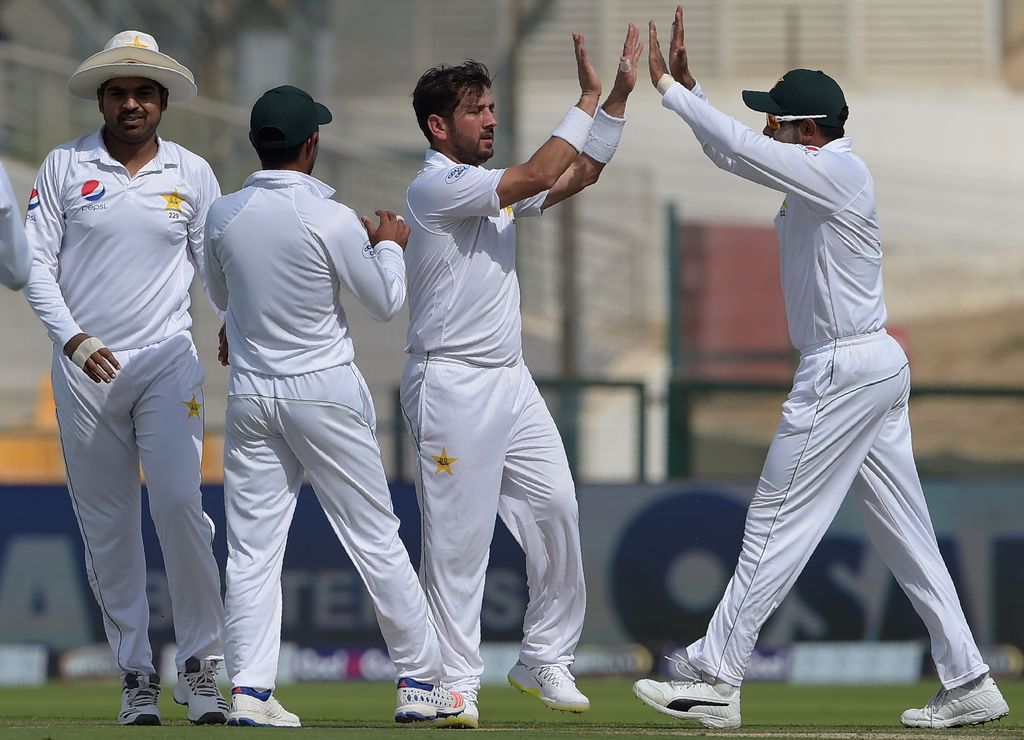 Yasir Shah took three wickets to leave Pakistan on top at stumps on the opening day of the first Test against New Zealand in Abu Dhabi on Friday.

Leg-spinner Yasir spearheaded Pakistan’s wicket-taking with 3-54 in 16.3 overs as the Black Caps, who won the toss and opted to bat, were bowled out for just 153 on the stroke of tea.

The day saw 12 wickets fall as Pakistan closed at 59-2, having lost both their openers, Imam-ul-Haq (six) and Mohammad Hafeez (20), before Haris Sohail and Azhar Ali stopped the rot.

Pakistan need 94 more to take a lead and go one up in the three-match series.

New Zealand skipper Williamson top-scored for the tourists with 63 before falling softly to medium pacer Hasan Ali, who finished with 2-38.

Williamson’s 112-ball knock had five boundaries and he added 72 for the fourth wicket with Henry Nicholls who made 28 with four boundaries.

In the same over Hasan trapped De Grandhomme for a first-ball duck before Sohail dismissed Ish Sodhi (four) and BJ Watling (four) – both were trapped leg-before.

Mohammad Abbas, who has figures of 2-13, had removed Nicholls, caught behind by Sarfraz soon after lunch.

Pakistan dominated the first session as New Zealand were 81-3 at lunch, with leg-spinner Yasir Shah taking the first of his two wickets in his opening overs.

Yasir had derailed New Zealand’s progress in the first session with the wickets of opener Tom Latham (13) and Ross Taylor (two) in his first spell.