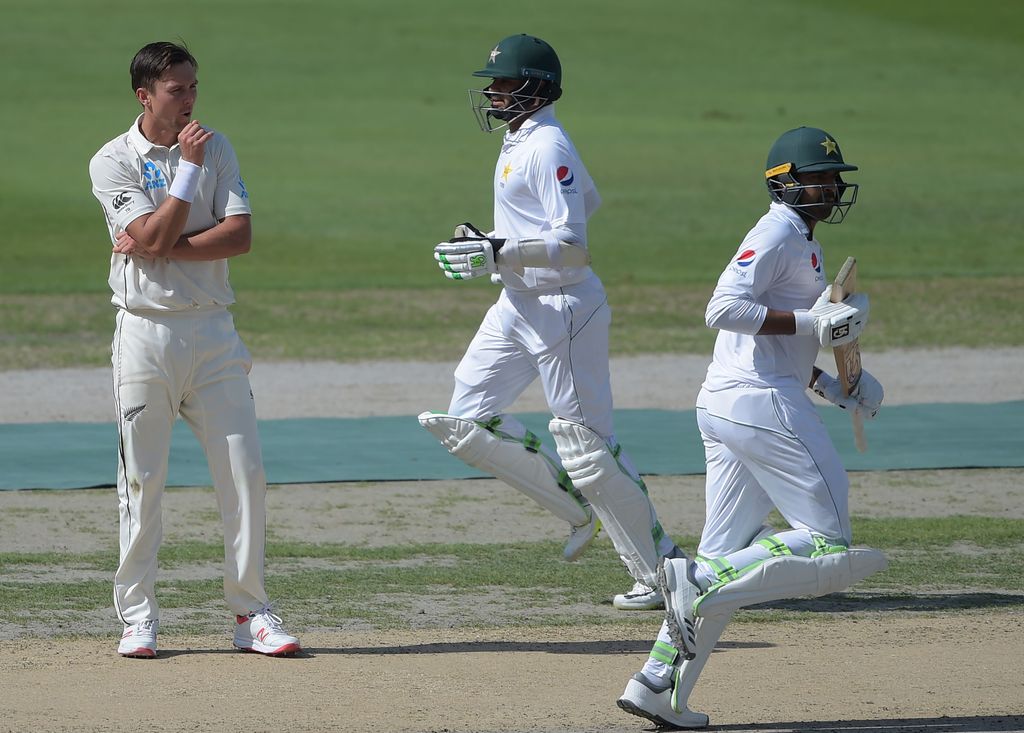 Azhar Ali and Haris Sohail both scored half-centuries as Pakistan made a solid start to the second Test against New Zealand in Dubai in Saturday.

Azhar scored 81 while Haris was unbeaten on the same score as Pakistan were 207/4 at stumps after an attritional opening day at the Dubai International Cricket Stadium.

The Pakistan duo shared in partnership of 126 for the third wicket after the early wickets of openers Mohammad Hafeez (9) and Imam-ul-Haq (9).

New Zealand, who won the first Test of the three-match series, made early inroads into the Pakistan’s batting line-up as seamer Colin de Grandhomme dismissed both Hafeez and Imam within the first ten overs.

Azhar and Haris though batted from early in the morning until well into the final session before Azhar was run-out with 21 overs of the day still to go.

The run-rate was never more than 2.5 runs an over throughout the day with Azhar taking 181 balls to compile his score while Haris has already faced 240 delveries.

New Zealand’s left-arm spinner Ajaz Patel then gave the tourists more joy when he got rid of Asad Shafiq (12) in the last hour of play.

Babar Azam (14 not out) will resume with Haris on Sunday and will look to add significantly to their partnership which already has yielded 33 runs.

Pakistan are desperate to win this Test after a spectacular collapse handed the Black Caps victory in the first Test by a narrow margin of four runs.